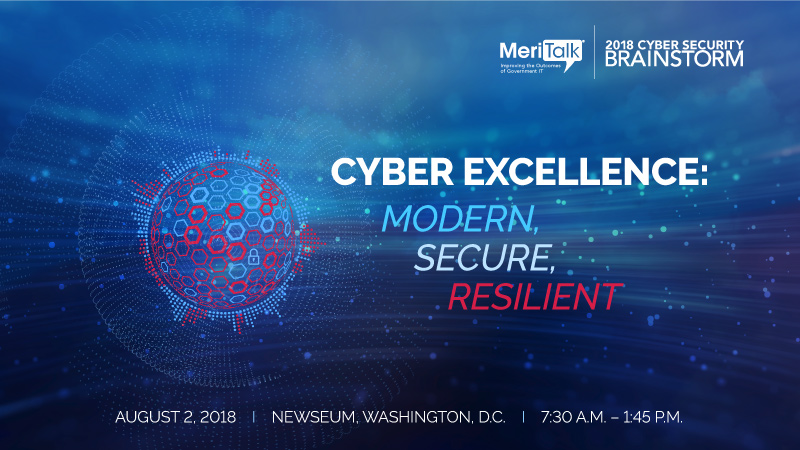 Panelists at MeriTalk’s Cyber Security Brainstorm on Thursday will shed light on a host of vital cybersecurity issues, including threats to control systems, the foundational importance of security to IT modernization efforts, and the keys to success in risk-based security practices, according to a sneak peek into the thinking of just a few of the 25 experts scheduled to speak.

Getting in touch with MeriTalk in recent days to share their pre-Brainstorm thinking were:

Daryl Haegley, Control Systems Cybersecurity OASD Energy, Installation and Environment at the Defense Department, who said that many common control systems are “potentially easily exploitable” and may provide pathways into an organization’s information networks. Identifying the people responsible for securing control systems “remains a challenge by policy, standards, and technical expertise,” he said. Haegley has previously spoken on how DoD is now prioritizing infrastructure security, but said getting there required the Pentagon to realign some of its biggest priorities.

Col. Frank Snyder, Division Chief, Cybersecurity Architecture and Capabilities, Cybersecurity and Information Assurance Directorate, Department of the Army, who emphasized that “modernization and next-generation technologies are incorporated into all aspects of the Army of 2028,” and as the Army grows and shapes its total force “to be more robust and effective in all domains, security remains the foundation of all new modernization efforts.”

Shane Barney, Acting Chief Information Security Officer at United States Citizenship and Immigration Services, who explained his organization’s use of risk-based security principles and practices, and emphasized that “risk-based cyber practices are successful only to the extent that the organization in which they are implemented is risk based (or risk tolerant) as well.”

The 2018 MeriTalk Cyber Security Brainstorm will play host to those on the frontlines of network, critical infrastructure, and military defense in cyberspace. MeriTalk is honored to welcome U.S. Federal CIO Suzette Kent for the morning keynote. Space is limited at the event. Fill out your complimentary registration today (on-site registration is also available) and join us Thursday to hear unrivaled perspectives on tackling today’s threat landscape. On-site registration will also be available.