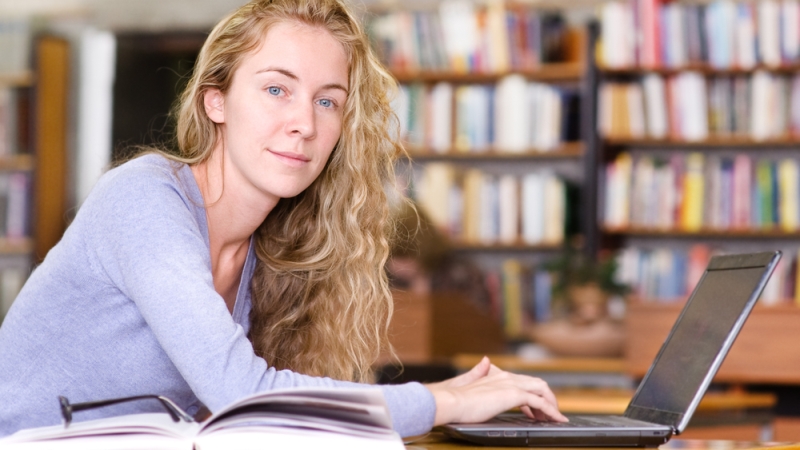 In 2006, 10 percent of the computer science majors at Harvey Mudd College in Claremont, Calif., were female. This past year, that number had risen to 50 percent.

Mudd, which specializes in science, math, and engineering, has a total of 800 students. The college’s president, Maria Klawe, said that 47 percent of this student body is female. She also said that computer science is an increasingly popular major among both male and female students. Mudd graduates about 185 students a year; between 70 and 80 of those students are computer science majors.

“It’s not CS light in any way,” Klawe said. “A lot of colleges have seen an increase in the number of CS majors.”

In order to attract more female students to computer science, Klawe said that one important step was making the introductory computer science class more welcoming. She said that, while the number of female chemists and biologists has increased, there is still a dearth of women in computer science. To retain the increasing number of female students, Mudd uses a lottery system to take 25 first-year women to the Grace Hopper Celebration of Women in Computing Conference, where students can listen to some of the best female technologists in the world speak.

All Mudd students are required to take a computer science class during the first semester of their freshman year. Klawe said the majority of incoming students have had no computer science preparation at all. The institution changed the name of the course from “Introduction to Computer Science” to “Creative Problem Solving” in an effort to make the class sound more attractive to students, especially those who had no prior experience with the subject.

“I’ve met very few 18- and 19-year-olds who don’t want to be seen as creative,” Klawe said. “It’s appealing to not just women, but all students.”

Mudd’s administration divided the introductory computer science course into black and gold sections in an effort to make more freshmen feel comfortable with the subject. The black section is for students who have had prior computer science experience; the gold section is for students with no prior experience. Klawe also said that, to create a sense of teamwork, the course started offering peer programming sessions.

The computer science department also recruited gruders, or grading tutors, to help students with assignments. There is a gruder for every eight students, who can offer guidance when students come to the lab to do homework.

“One deterrent was when you got stuck, you were on your own in your dorm room,” Klawe said. “It went from an experience that’s lonely to something that’s not lonely at all. In one year, it’s became one of the most disliked courses to one of the most liked.”