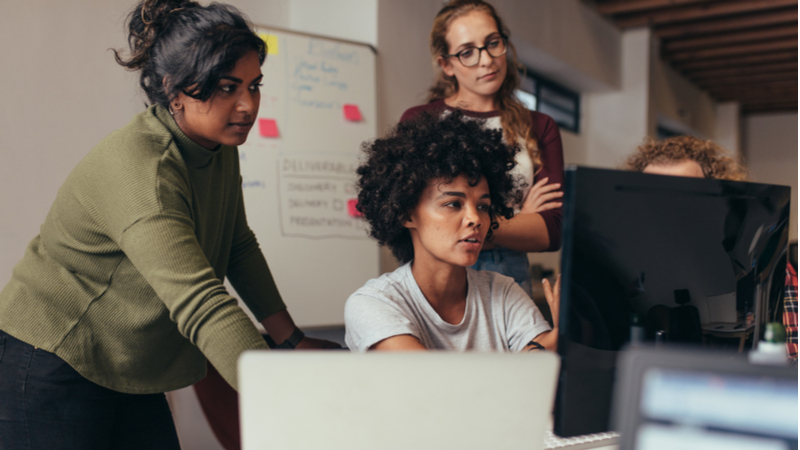 Despite high salaries and growth potential, the tech industry is struggling to hire enough cybersecurity experts.

In order to meet global demand, experts say the cybersecurity workforce needs to grow by 145 percent – more than 4 million jobs – and much of that growth may come from closing the persistent gender gap.

Currently, women make up less than a quarter of the cyber workforce. In a report released today, Tessian, a machine intelligent email security platform, examined the impact of closing the gender gap.

Currently, the cybersecurity industry adds $107.7 billion to the U.S. economy, despite the massive amount of job vacancies. If the number of women working in cyber was to equal the number of men, Tessian found that it would add $30.4 billion in the United States. Additionally, closing the gender pay gap in the U.S. would add an additional $12.7 billion.

“Need is the mother of invention,” said Carolann Shields, former CISO at KPMG. “Highlighting the number of open positions and highlighting the fact that there are women with these skills in and outside of the industry is the first step.”

However, the promise of increased economic output isn’t enough to get organizations and government to close the gender gap. In terms of where the struggle lies, the report identified key challenges.

Tessian said that cybersecurity has an image problem. While bias exists within the industry – 66 percent of women said there is a gender bias problem – a bigger struggle is a lack of awareness or knowledge of the industry. “Meaning,” the report explained, “a general demystification of the industry is required to encourage new entrants.”

“People hear ‘cybersecurity’ and think of hackers in hoodies,” said Hillary Benson, director of product at StackRox. “That’s a bit of a caricature, maybe with some legitimacy to it – and that was even part of my own experience – but that’s not all there is.”

Half of the female respondents – 51 percent – cited inaccurate representations of the cybersecurity in the media as a barrier to entry. The report noted that this concern “came first, beating out a more gender-balanced workforce, equal pay, and cybersecurity-specific school curriculums.” When asked why the cybersecurity workforce shortage was so large, almost half – 42 percent – of women said it was “because the industry isn’t considered cool or exciting.”

The report also examined how the private sector and government can retain women in cyber. Nearly a quarter of respondents said that a lack of role models was a challenge they faced at the start of their career and an additional 26 percent said that more diverse role models would encourage more women into cybersecurity roles.

“I think mentorship is especially important for minorities – not just women – because we have to overcome different challenges,” said Gisela Rossi, software engineer at Tessian. “And those challenges aren’t necessarily big hurdles. For some people, it can be several small things. One bad manager or experience isn’t representative of the whole industry, but it can be demotivating if you don’t know that there are more positive environments where these things don’t happen.”