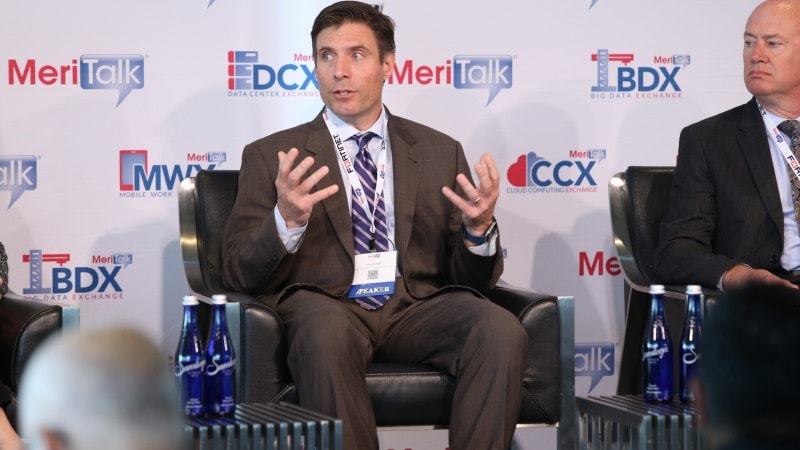 As the Federal government modernizes its technology, IT executives must help guide employees through that transformation and help them adjust to shifting roles in IT, said a panel of Federal technology executives at Digital Government Institute’s 930Gov conference on Tuesday.

“The challenge for an IT executive is to really … understand the business, be sought out as a trusted advisor, and then make sure our people understand where they are in this and understand the vision of where we’re going, and make sure they grab onto that as their north star” said Ron Thompson, director of Information Technology and CIO of the Department of Agriculture’s (USDA) National Agricultural Statistics Service. Thompson said that managing the change process often leads to a “thirds principle” among organizations. “A third are going to get on board, a third are going to have to be convinced, and a third you may have to leave behind, unfortunately,” he said.

Chris Chilbert, CIO at the Department of Health and Human Services Office of Inspector General, touched on the importance of focusing on the mission. “We throw out the term ‘modernization’ all the time. I never use that term. We don’t modernize, what we do is deliver the mission better,” he said. “Any CIO has three missions: manage risk, manage the business, and advance the strategic objective of whatever your business is,” Chilbert added.

“We’re not letting people go with these built skills around information, whether it be sticking a server or managing a network router,” said Mark Andress, assistant deputy chief of naval operations for information warfare. “The idea and the opportunities that we’ve seen, the demand signal for example in securing our aircraft, that were never in this equation,” he added, noting the usefulness of existing tech skills in shifting to a new role. The message tracks the recent Office of Management and Budget guidance on shifting employees to high-value work.

“I think communication and transparency are key, because we’re talking about people’s jobs at the end of the day,” said Kevin Wince, acting CTO and chief enterprise architect at the Department of Homeland Security. Wince described how DHS is moving to more cloud-based services and eliminating a data center by 2020, but is keeping its data center employees in mind. “Getting training and development program to shift their skills from managing a data center to the acquisition side or the cybersecurity side, which is a huge need for our entire organization, being able to shift the skills and resources in that area is what’s going to be key,” he said.

The panelists also discussed the importance of collaboration among Federal IT executives.

“Just this last month, I’ve talked to four or five different CIOs and senior leaders. We bring them to our data center and show them how we established what works,” said Chilbert. “Not every one of our ideas is necessarily a good one, but we like to share.”

“Back in early May, we got most of the component CIOs within DHS and we went out to Silicon Valley and San Diego, and we interfaced with all of those bleeding-edge tech companies, and what they’re doing. Starting to build those relationships outside of this D.C. bubble is very critical,” added Wince. And he said that the department planned to take another trip to New York and Boston to interact with more tech companies. “Some of it is maybe a little too far-fetched, but there is some pretty interesting stuff that’s not that far out of the realm of possibility.”