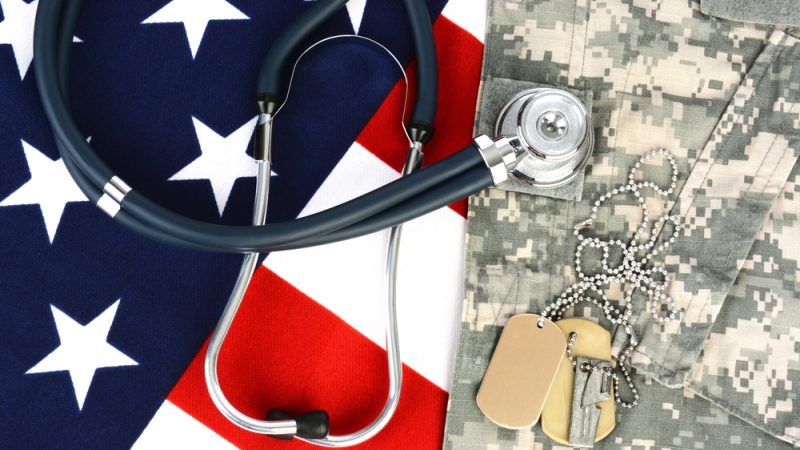 President Donald Trump last week issued an Executive Order on veterans’ health care that included an announcement that the Department of Veterans Affairs (VA) would adopt the same electronic records systems as the Department of Defense (DoD), signing off on what was already a done deal. Emphasis on “deal,” because although the departments are on board with a project that could cost $10 billion over 10 years, history raises doubts as to whether a unified health records system can actually be achieved.

Trump’s order focuses on veterans’ transition from military to civilian life, promoting initiatives such as telemedicine, job training, and mental health services, along with the adoption of a single Electronic Health Records (EHR). The EO states the EHR will “result in all patient data residing in one common system enabling the immediate availability of service member’s medical records and seamless care between the departments.” DoD and VA’s long, convoluted, and expensive experience with EHR programs, however, has not been promising.

Efforts to develop a unified health record date back to 1998, when DoD and VA set out to fulfill an idea that on the surface may have seemed simple–create a single, interoperable health record that would stay with service members and their families from the service member’s entry into the military through their return to civilian life and subsequent lifespans. In all, three different initiatives since 2001 have failed to deliver. In one stretch starting in 2008, the two departments spent $1 billion over four years on a system only to abandon it in 2013 after deciding that upgrading their separate systems was more practical than attempting to create a unified, interoperable EHR.

Then in June, after years of trying to upgrade its Veterans Health Information Systems and Technology Architecture (VistA) health care and EHR system, VA reversed course again, saying it didn’t have the software development chops for the job. “Our current VistA system is in need of major modernization to keep pace with the improvements in health information technology and cybersecurity, and software development is not a core competency of VA,” department Secretary David Shulkin said during a press conference announcing the decision.

VA had made some progress, but still saw itself coming up short in what has proved to be a difficult modernization project that involves a host of other related health care systems–for example, DoD’s system involves hundreds of thousands of physicians, 10 million beneficiaries, a mix of operation systems and other software, and, increasingly, medical devices connected to the Internet of Things. “While we have established interoperability between VA and DoD for key aspects of the health record…the bottom line is we still don’t have the ability to trade information seamlessly for our veteran patients,” Shulkin said at the time. “Without improvements, VA and DoD will continue to face significant challenges if the departments remain on two different systems.”

The Government Accountability Office didn’t see it as time or money well spent, saying in a December 2017 report that VA had likely wasted $1.1 billion on contracts with 138 vendors between 2011 and 2016 trying to modernize VistA.

VA will award a contract to Cerner to adopt the same system being used by DoD, which Cerner is deploying as part of a $4.3 billion contract. VA has said the modernization could take up to 10 years, with an ultimate price tag that reportedly could run to $10 billion. But that could be a relative bargain. At a congressional hearing in December, VA Acting CIO Scott Blackburn said upgrading VistA would cost a lot more. “VA would have to spend roughly $19 billion over 10 years to upgrade and maintain VistA to industry standards, and this still would not provide all the needed enhancements and upgrades as well as interoperability with DoD,” he said.

DoD and VA are once again pursuing a unified EHR. Trump applauded the decision announced in June, saying, “No more complications. The records will now be able to follow the veteran when they leave service–meaning faster, better, and far better quality care.” But whether this massive project can achieve the desired results remains to be seen.