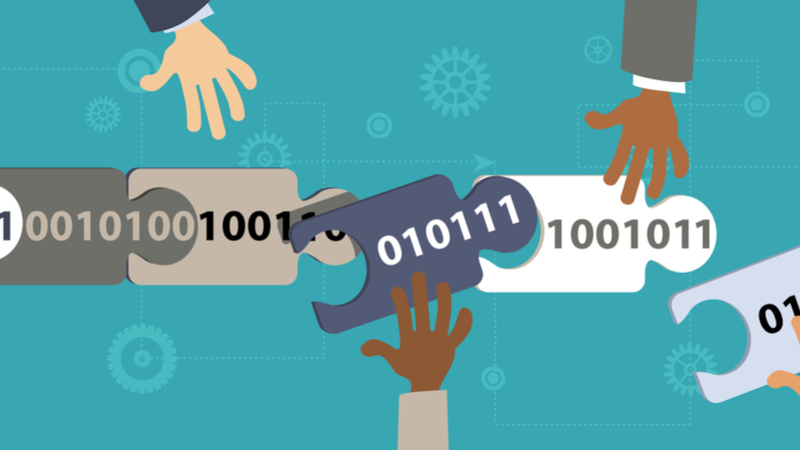 Americans don’t trust the Federal government. The Pew Research Center found that only 18 percent of Americans say they trust the Feds.  It’s small wonder we have a disruptor in chief in the White House.

Can technology restore our faith in Uncle Sam? Blockchain, the distributed ledger system not only allows for greater transparency, but it also is a way to codify good government principles and best practices.

Lack of transparency and various interpretations breed suspicion.  People want to know what is happening in their government–and blockchain can open the government to sunshine.

Escaravage said his interest in blockchain is centered on the flow of information from citizens through the Federal processes–especially where a Federal benefit is given to the citizen.

“Whether a citizen is sharing information with the IRS or Health and Human Services, these processes require coordination and organization,” he said. “Bringing in blockchain could give the processes greater transparency and efficiency. With blockchain solutions in place, we could see huge gains in citizen services and satisfaction.”

But how can blockchain help?

Blockchain uses a decentralized ledger–meaning all participating parties can see and verify data. By using a blockchain solution, there can be independent verification of government claims.

“There’s a lot of discussion across the Federal government about how to track information and data from an audit perspective,” said Escaravage. “Just having a way to enable awareness of how decisions are being made is perhaps what most excites me about blockchain.”

In terms of implementing blockchain to increase transparency, Escaravage said agencies need to go back to basics.

A few short years ago, blockchain was almost exclusively discussed alongside the cryptocurrency Bitcoin–that is no longer the case.

“Because blockchain allows you to codify your business’ rules and processes, we can really fundamentally model how government operates with blockchain,” Cyran said. “The Federal government can model those processes as programs that run on blockchain. So each individual transaction is just a single interaction with a smart contract.”

While donkeys and elephants agree on little–few would argue against greater transparency.  At least not in the open…