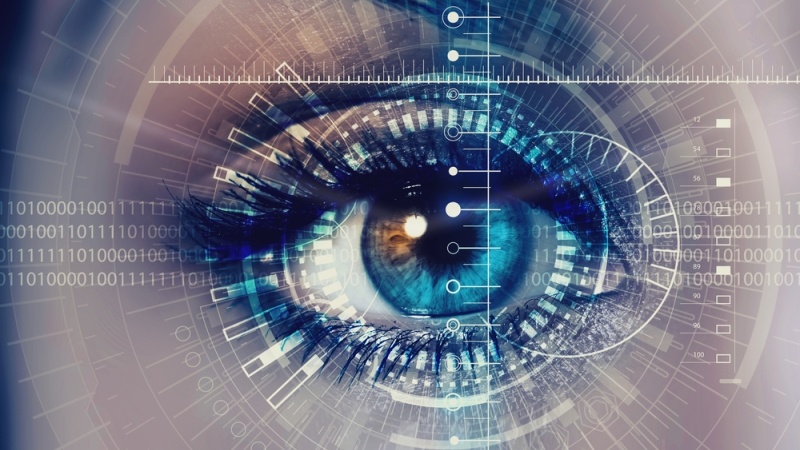 Clear, a New York City-based biometrics company, is rolling out biometric pods to major airports across the country–with a presence in 20 of the largest airports with close to a million customers, and growing.

In an interview with MeriTalk, David Cohen, Clear’s chief administrative officer, shared how the tech works and why it benefits airports and fliers alike–plus his thoughts for the future of biometrics.

The Transportation Security Administration security process consists of two parts, the identify verification process–when a TSA employee checks your ID and ticket, typically with a black light and a scan of your ticket–and the physical screening–when bags are X-rayed and travelers go through the full body scanner.

Cohen explains, “Clear does one thing and does it well–identity verification.”

In order to join Clear’s program, customers have to verify their identity through Clear’s process.

Cohen explains that Clear’s identity verification process consists of three parts. First, customers have to present a valid government ID. Clear uses the same hardware validating technology that the government uses to ensure that the ID is valid and appropriate. Next, a customer takes a knowledge-based quiz based on commercially available data. The text consists of very deep questions.

“It’s not, ‘What is your mother’s maiden name?’ ” Cohen explains. “We then take that information and tokenize it. We have a known person, a verified identity. We have verified the identity through technology, where there is no bias. Technology doesn’t get bored, doesn’t get tired.”

In terms of the value proposition Clear offers its customers, Cohen believes it is the gift of time and predictability.

“Speed and predictability. That predictability is incredibly important to our customers. For some, it’s an extra 30 minutes at home with the kids, an extra business meeting, or extra 30-40 minutes to catch your breath,” Cohen said. “To remove friction from our customer’s life–ultimately that’s the power of biometrics and that’s the power of Clear.”

Of course, identity security is at the forefront of every traveler’s mind, especially when handing over sensitive information such as fingerprints and iris scans. While Cohen couldn’t talk security specifics, he did say that protecting customer information and data is similarly a high priority for Clear.

How Clear Works With Airports and TSA

For airports, Cohen highlights that Clear represents a new stream of revenue, as well as a way to improve guest satisfaction. Cohen explains that Clear enters into a service or concession contract with each airport individually. Essentially, Clear is the same as any other vendor in the airport–what makes them different is the service that’s offered. According to Cohen, Clear is the only service offering a biometrics-based security service. The specific contract terms change with each airport, Cohen said, with some airports requiring Clear to rent space and others not.

“In these austere times when airports are looking for new sources of revenue–this is a new source of revenue. This is an opportunity to provide a new service to customers,” Cohen said.

Clear’s expansion strategy has focused on getting into the airports where fliers originate from or are flying to, but Cohen does see Clear expanding into smaller airports–if the customer base is there.

“The vast majority of flights in the U.S. are focused on a relatively small number of airports. Our focus in building out the network has been focused initially on getting into the busiest airports,” Cohen explained. “Eventually, as our network continues to build out and our customer base has expectations, we’ll look at other airports.”

While Clear has a role in airport security, Cohen stresses that it doesn’t do what TSA does. While Clear provides identity verification services, it in no way takes the place of physical screening or Secure Flight check provided by TSA. The Secure Flight program conducts watch list matching of passenger information against the Terrorist Screening Database watch list for all covered U.S. and foreign flights into, out of, and within the United States, including point-to-point international flights operated by U.S. airlines.

Cohen also explains that Clear’s program is complementary to TSA’s PreCheck program and the majority of Clear’s customers are taking advantage of both programs.

“At a national level about 60 percent of our fliers are using Clear and PreCheck. Some of our airports skew well over 60 percent on any given day, specifically on heavy business traveler days,” Cohen said.

While Clear does work alongside TSA to keep airports safe, their relationship isn’t quite a partnership.

“Importantly, Clear is a commercial service where our customers opt into it. We don’t share our information with the government,” Cohen explained. “[However,] we are very respectful of our relationship with TSA and the incredibly important work they do.”

The Future of Biometrics

“The system and the capabilities of the system are focused on the evolution of biometrics at large,” Cohen explained. “Our system has been built with the ability to continue to evolve itself with the next form of the technology. Today it’s fingerprints and iris, because that’s what the DHS wants. We are not wedded to a single biometric requirement; we are designed with the ability to add biometric modalities.”

Cohen sees the future of biometrics as unlimited.

“Fundamentally where we see biometrics going is anywhere you have controlled entitlements or access,” he said. “Today if you are using a key card, pin, key fob, biometrics can be used in the future. From entry into buildings to buying concessions at the airport or stadium–anywhere from a security perspective where it’s great to know who is coming in.”

In regard to improving homeland security, both inside and outside of the airport, Cohen acknowledges the role biometrics can play.

“Biometrics today are being used in the military and on the border. And in the simplest and most rudimentary form they’ve been used for decades–from J. Edgar Hoover having fingerprints on note cards,” Cohen explained. “We think there is a role for biometrics in the government and private sector. Biometrics are here on a practical level, it’s how they move through our economy and ecosystems–that’ll be the interesting thing to watch.”