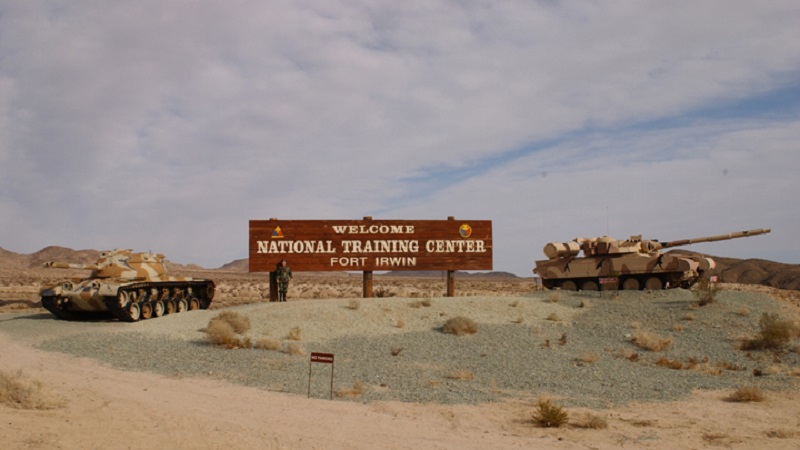 A lot of the Army’s most high-profile modernization projects concern complex, expensive weapons systems that emerge from research and development, budgeting, and procurement process inside the halls of the Pentagon and other facilities and outside of the experience of most people. But some key elements of the Army’s efforts to keep pace with the demands of a changing world are so familiar to people at home, at work, or in a coffee shop that they take them for granted. An example of this is good, reliable Wi-Fi.

The Army has been testing the Secure Wi-Fi system on Fort Irwin in California, taking it for a spin in which a command post quickly relocated in a maneuver known as a jump, and connected more than 60 unclassified and 100 classified computers and mission command systems in a matter of minutes, according to an Army report.

The benefits are more than just a solid Wi-Fi connection, or the security provided by the National Security Agency-accredited system. The real advantage is in the speed of setting up the system, which otherwise is a laborious process involving lots of cables, connections, and heavy cases loaded with equipment–that is, a lot of size, weight, and power (SWaP) requirements. Wi-Fi lets the Army travel lighter and stay a step ahead of adversaries that might have similar capabilities. This allows for more speed and less SWaP.

“Near-peer adversaries are much more capable than enemies we trained against previously,” said Col. Michael Adams, commander of 1st Armored Brigade Combat Team, 3rd Infantry Division, which is piloting Secure WiFi. “In a decisive action training environment, we are much faster and more mobile, and that equates to survivability.”

Without a secure wireless system, setting up a command post in the field involves connecting hundreds of pounds of network cable beneath protective flooring, which makes the cables hard to get at in case a problem crops up, the Army said. Secure Wi-Fi eliminates that, while allowing a faster set up, reducing it from hours to minutes. This in turn allows commanders to make decisions more quickly.

“Secure Wi-Fi also speeds our mission military decision-making process,” Adams said. “With Secure Wi-Fi, I gain an exponential increase in velocity, and the deeper the Wi-Fi capabilities in the formation, the more we are able to do.”

The Army has been steadily moving toward wireless battlefield command posts as part of the development of the Warfighter Information Network-Tactical (WIN-T), gradually adding features such as 4G LTE Gigabit Wi-Fi and encryption developed by NSA, called Commercial Solutions for Classified, or Suite B, which uses the same kind of security that enables online shopping, though tweaked somewhat for use on military networks. The exercise at Fort Irwin also included the Army’s Command Post of the Future, which the service has been developing and upgrading for years.

As with other modernization projects, the Army cites the need to maintain an advantage in tactical deployments, command and control, and communications and armaments over peer and near-peer adversaries who have been catching up to the superior capabilities U.S. led forces have long held.

The next steps will be addressed when the Army hosts an industry forum on the topic Feb. 6-7, 2018 at Aberdeen Proving Ground, Maryland. The Army plans to update industry officials on the modernization needs for the tactical network during that event.

And yes, there will be WiFi in the coffee shop.