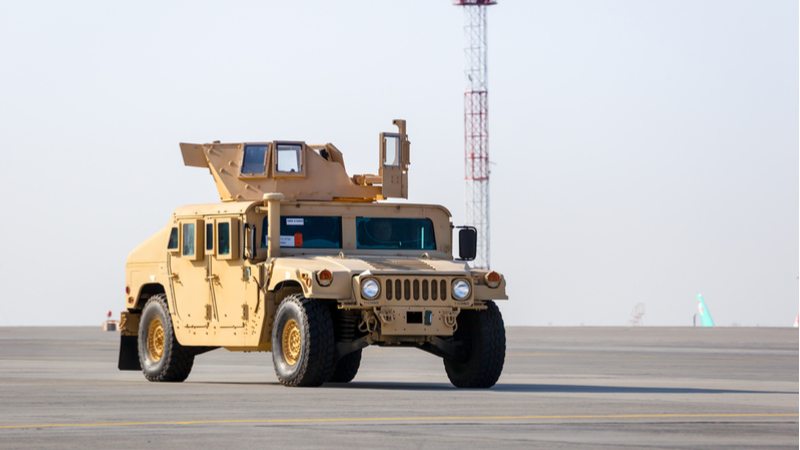 Sometime in May, the Army will take two armed, autonomous Humvees out onto a gunnery range to test and certify them as combat vehicles, which will make them the first robotic ground vehicles to be OK’d for combat.

The certification, under the $20 million “Wingman” program started last year, represents the first step toward weaponized robotics, according to the Army Tank Automotive Research, Development and Engineering Center (TARDEC). But before anyone gets carried away with notions of killing machines running amuck, the Army says the certification is only the first step in a long process that ultimately focuses on human-machine teaming, not machines operating entirely on their own.

“You’re not going to have these systems go out there like in ‘The Terminator,’” Thomas Udvare, TARDEC’s deputy chief of the program, said in an Army report. “For the foreseeable future, you will always have a soldier in the loop.”

TARDEC’s research is aiming to develop and certify systems than can work in tandem with soldiers, at times exploring areas that are too dangerous for humans and in general increasing the size of the force that can face an adversary without adding manpower. And, while there is a lot about the system that is autonomous, it still is under the control of a soldier–and only a soldier can issue the command to pull the trigger, the Army said.

The three-year Wingman program, officially known as the Joint Capability Technology Demonstration (JCTD), got started last year after a couple years of prep work, with TARDEC partnering with the Army’s Armaments Research, Development and Engineering Center (ARDEC), and the Naval Surface Warfare Center Dahlgren Division. The idea was to take advantage of developing technologies, and build on the unmanned and semi-autonomous robotic systems already in use.

Among the Wingman Humvee’s main subsystems is the Robotic Technology Kernel (RTK) developed by TARDEC, which employs a variety of cameras, Light Detection and Ranging (LIDAR) sensors, computer systems, and radios allowing it to be controlled remotely or to operate autonomously. The Autonomous Remote Engagement System (ARES) is another subsystem, using automated vision-based target detection and user-specified target selection to shorten the time it takes to acquire a target.

That system feeds into the vehicles’ weapon system, which has evolved from one that used an M240B machine gun–which turned out to have a tendency to jam–to a system using a 7.62 mm rifle. TARDEC says the upgrade from the previous system to ARDEC’s Advanced Remote Armament System allows for an electrically-driven gun that doesn’t jam like the machine gun.

The certification test in May, to be held either at Grayling, Mich., or Fort Benning, Ga., is just the initial foray into the Army’s plans for fielding the vehicles. “The course may not test all of our capabilities, and may not show all of our flaws, but at least it’s a beginning point to start to assess these platforms and drive technology,” Udvare said.

The Army has plans to next extend the Wingman program to M113 armored personnel carriers, increase its firepower to a .50 caliber machine gun, and improve target acquisition with a Common Remotely Operated Weapon Station (CROWS) system. By 2035, a soldier may be able to control a team of unmanned assets–combat vehicles, reconnaissance vehicles, and aircraft–from a single controller, TARDEC said, something the DOD has been working on. And a human will still be in control of the decision to fire, in accordance with DOD Directive 3000.09.