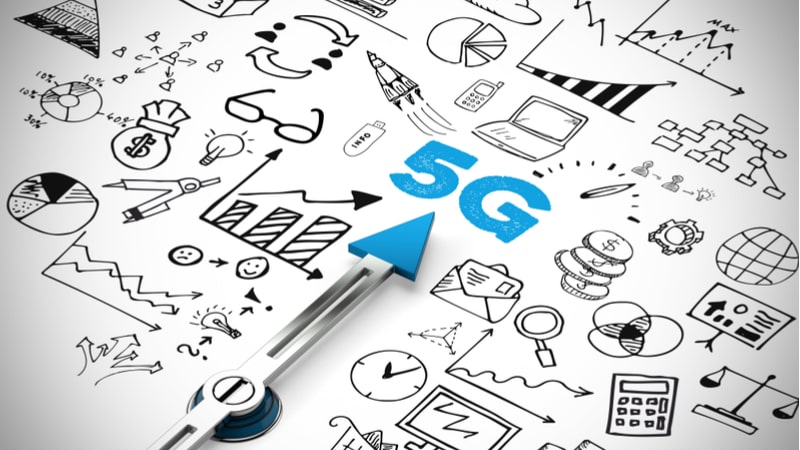 Top officials from communications industry trade groups told members of the Senate Commerce, Science, and Transportation Committee today what few, if any, in the hearing room would disagree with:  the United States needs to win the global race to leadership in 5G communications services and technologies.

“The communications industry is on the verge of new era of technology, and it is hard not to get excited about the potential benefits and capabilities of 5G wireless networks and the services they will power,” said Steve Berry, president and CEO of the Competitive Carriers Association, at the committee’s first full hearing of the new Congress.

“Just as applications that are household names today seemed unimaginable in the days of 3G, the potential of 5G networks will welcome a new chapter for innovation and expand connectivity,” Berry told senators.

“To deliver on the full promises of 5G, we need to redouble our national efforts to promote 5G-friendly policies,” Baker said. “The main building block required is spectrum and we need more of it–specifically midband spectrum–to maintain our global leadership role in wireless.”

Berry also called on Congress to get involved in 5G, explaining “the unfortunate reality is that the very existence of 5G is not inevitable, particularly in rural America. While the 5G buzz grabs the headlines, rural and hard-to-serve areas are at a crossroads. Decisions made by policymakers today can either launch new innovation, economic growth, and education and public safety benefits across all of America, or they will broaden the digital divide, leaving rural America behind.”

Shailen Bhatt, president and CEO of the Intelligent Transportation Society of America, focused on the positive impact 5G will have on making transportation safer and more eco-friendly, and addressed the importance of keeping pace with, and surpassing, China’s efforts in 5G.

“Last year, I spoke at the Beijing Auto Forum,” he explained. “An official from the Chinese Ministry of Industry and Information Technology made clear that China’s goal was to dominate the information technology sectors and automotive manufacturing in the next five years. In the 20th century, people came here to marvel at our infrastructure and technology. If we want that to continue in the 21st century, we must be leaders in the 5G and artificial intelligence space. We must maintain our leadership in this space.”

“China’s government clearly sees the future economic and security potential of 5G and is poised to invest at least $400 billion into its development,” he said. “But that’s only the tip of the iceberg. The communications and IT sectors are identified for preference and promotion as part of the Made in China 2025 industrial policy program, which means every province, local, and municipal government is marshaling its resources in response to the central government’s directives.”

Wessel further explained that China has a “well-defined and advanced approach to becoming a world-class player in this technology.” However, “[t]here is no comparable approach from our Federal government,” he said. “While a document leaked from the National Security Council identified the idea for the development and deployment of a Federal 5G Internet, that approach appears to have been quickly abandoned based on industry opposition. Our country’s current approach is market-led and market driven.”

Baker also stressed the economic benefits of being a global leader. “There is international consensus: the nations that lead on 5G will capture millions of new jobs and billions in economic growth,” she said.

Wessel echoed that sentiment, explaining that he believes in investing in 5G growth and expansion because “I care about the production and jobs that will be created during the development, deployment, and servicing of 5G networks. As the National Intelligence Council report indicated, $12.3 trillion in economic value will be created along with 22 million jobs. I want the bulk of that value and the jobs to advantage our economy and our people or at least know that the competition is being waged on a level playing field.”

However, Wessel explained that the most “fundamental” reason he supports the 5G race is national security.

“I worry about our nation’s security–economic, critical infrastructure and ‘traditional’ security interests,” he said. “On the economic side, we have read too many stories about Chinese cyberespionage, some facilitated and allegedly directed by the state, to steal our intellectual property. The fruits of that cyberespionage is estimated to have cost us hundreds of billions of dollars while advancing China’s economic development and strength.”

In the vein of national security, Wessel urged the Senate committee to “direct the National Telecommunications and Information Administration and Federal Communications Commission to identify (1) steps to ensure the rapid and secure deployment of a 5G network, with a particular focus on the threat posed by equipment and services designed or manufactured in China; and (2) whether any new statutory authorities are required to ensure the security of domestic 5G networks.”

On a different note, Kim Zentz, CEO of Urbanova, addressed the impact 5G can have on state and local government services. “5G promises to accelerate the smart city applications that rely on high speed, high bandwidth, and low latency. This includes a spectrum from widespread self-driving mobility to AI-powered image recognition shifting city services and industries into the realm of real-time, authentically data-driven operations.”