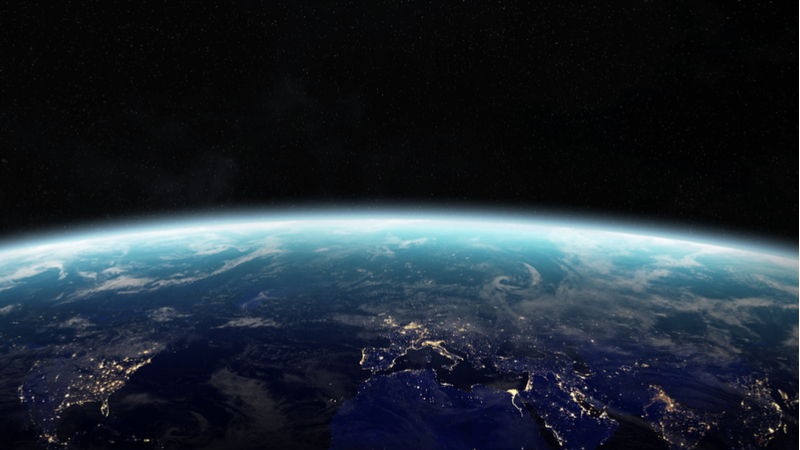 Imagine if every truck or car that ever wrecked or broke down on the roadways were just left there, rusting away with pieces scattered, while you and every other driver had to try to navigate around them. That’s what Low Earth Orbit is coming to. It’s an exaggerated picture, perhaps, but that’s the general idea. Traffic up there is becoming a nightmare.

The orbital space around Earth is filled with about 20,000 satellites or other functional objects, but hundreds of thousands more pieces of space junk. NASA graphics depicting orbital debris look like dandelions exploding in high wind, with the Earth surrounded by dots representing objects in orbit. Ninety-five percent of those dots are debris, not working satellites. Some of those pieces of debris are small, but at an average speed of about 17,500 miles, even a loose screw can cause some damage.

The number of satellites in orbit could triple over the next decade, including a number of small, commercial satellites that will be put into play. And each time a piece of debris hits a satellite or space station, it creates more debris, compounding the problem exponentially through what’s called the Kessler Syndrome. And the problem is most severe in Low Earth Orbit (LEO), within 1,200 miles of Earth, where about three-quarters of satellites operate.

The space junk problem has existed to one degree or another for decades and has mostly resisted efforts to clean things up. Ideas have ranged from testing orbital sails that would gather up debris to efforts by NASA and the Air Force to better track – and therefore avoid – debris.

Among current ideas gaining traction are satellite-based harpoons that spear debris and directed energy – i.e. laser – systems that would zap space junk out of existence. China has plans to build a satellite with a laser “broom” that would clear away debris. Scientists in the United States and Russia also are looking into using lasers on a space-based station to target pieces of debris.

But zapping lasers will only work if you can find the ones most likely to cause damage, and for that, government agencies, industry, and academia are bringing in artificial intelligence. NASA is starting further out in the fringes with its Asteroid Grand Challenge, which is inviting participants to create deep learning models to identify not only the trajectories of asteroids and comets but also large chunks of space debris, any of which represent a potential danger of striking Earth. The Air Force in October launched its $100,000 “Visionary Q Prize Competition” looking for innovative ways to track space junk.

Stanford’s Space Rendezvous Lab and the European Space Agency are collaborating on a plan to build a robotic orbital trash truck to clean up the mess. It starts with an AI navigation system to guide the “truck” through what, even considering the vastness of space, Stanford describes as the tight constraints of orbit. The truck then would collect the debris once it’s located.

Stanford is aiming for a compact, inexpensive, energy efficient vehicle that will use algorithms and nanosatellites to hunt down and corral space junk. The university’s research will be used in two planned space missions in 2020. One will be Impulse One by Infinite Orbits, which will demonstrate the space tow truck. The other will be NASA’s Starling mission, which will demonstrate autonomous navigation by a swarm of small robotic spacecraft.

As with other attempts to solve the space junk problem, Stanford is looking for input via a software competition to generate algorithms that can handle the precision navigation its satellite systems will require. “In space every gram, every electron, every resource must be used to its greatest advantage, especially on small satellites,” said Simone D’Amico, a professor of aeronautics and astronautics, who’s leading the project.

“We are democratizing space by crowdsourcing the artificial intelligence and the data needed to train new algorithms,” D’Amico said. “It is Space 2.0.”