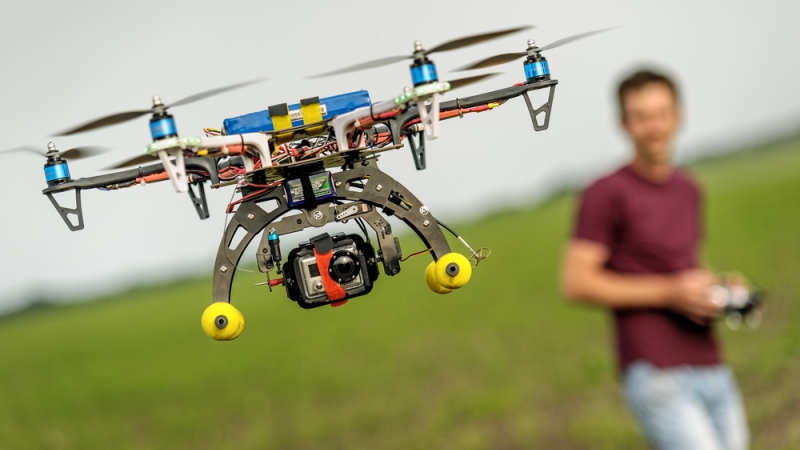 The new rules imposed by the Federal Aviation Administration on drones, regarding height, speed, and operational restrictions, go into effect on Aug. 29.

The regulations could generate more than $82 billion for the U.S. economy and create 100,000 jobs over the next 10 years, according to industry estimates.

“We are part of a new era in aviation, and the potential for unmanned aircraft will make it safer and easier to do certain jobs, gather information, and deploy disaster relief,” said Anthony Foxx, secretary of the Department of Transportation. “We look forward to working with the aviation community to support innovation, while maintaining our standards as the safest and most complex airspace in the world.”

These are the nine rules that commercial users of drones, weighing less than 55 pounds, should know before Monday.

The drone must be able to be seen by the person operating the controls and within the visual line of sight of the observer. The drone should be close enough that the user can see it without the aid of visual enhancements, such as binoculars. However, prescription glasses and contact lenses are allowed.

Under the new rule, commercial drones aren’t allowed to fly over people without their knowledge. Drones also can’t fly under a covered structure or inside a stationary vehicle.

Drones can also be flown 30 minutes before sunrise and 30 minutes after sunset if the unmanned aircraft is equipped with anti-collision lighting.

Before these regulations, people became concerned when instances of drones crashing into passenger airplanes became publicized. The FAA hopes these rules will curb those problems.

The pilot of the drone can also be supervised by someone with certification. One way to obtain a certificate is to pass an initial aeronautical knowledge test at an FAA-approved knowledge testing center.

Also, the minimum weather visibility for drones is three miles from the control station. An individual cannot control more than one drone at a time, or operate a drone from a moving aircraft or vehicle. “No careless or reckless operations,” the summary of the Small Unmanned Aircraft Rule said. “No carriage of hazardous materials.”

Operators are in charge of running a pre-flight safety check to ensure the communications link between the control station and the drone is working properly. Drones don’t have to comply with the current agency airworthiness standards or aircraft certification.

The package must be securely attached, can’t hinder flight operations, and the drone carrying the object must weigh 55 pounds or less altogether. The flight must be conducted within visual line of sight and can’t be operated from a moving vehicle or aircraft. The flight can’t cross the border between states and can’t be conducted in Hawaii, the District of Columbia, or any U.S. territories.

The restrictions are waivable if the controller demonstrates that they can carry out flights safely without adhering to the regulations.

Model airplane operators should continue to follow the regulations under Section 336 of Public Law 112-95, given that these planes will be used for recreational purposes.

The FAA doesn’t include privacy restrictions in the new rules; however, the agency will educate potential operators on privacy concerns during the certification process, and issue privacy guidance to local and state governments.

“With this new rule, we are taking a careful and deliberate approach that balances the need to deploy this new technology with the FAA’s mission to protect public safety,” said Michael Huerta, administrator for the FAA “But this is just our first step. We’re already working on additional rules that will expand the range of operations.”