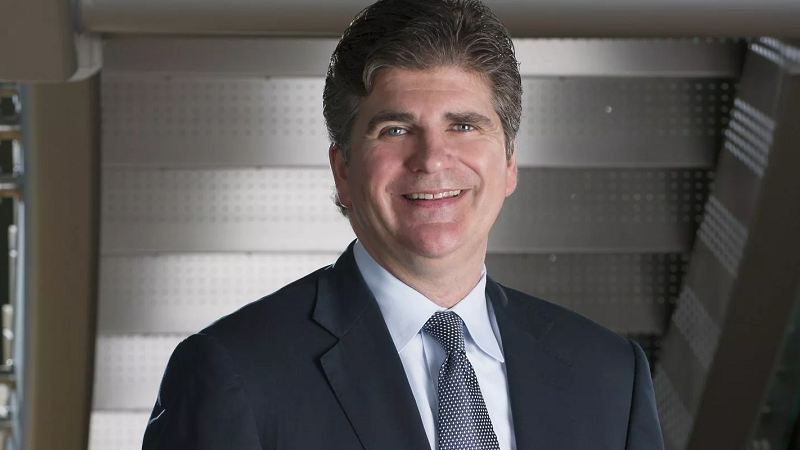 Rather than focusing on technology, Compuware’s CEO Chris O’Malley believes Federal CIOs need to focus on people. A little strange coming from a tech CEO, but Chris seems to be on to something. Compuware is a reinvigorated 40-something mainframe software company based in Detroit in a tech space populated with young Californian cloud/agile upstarts–but O’Malley assures us that his Lion’s have new tricks. Since he joined the mainframe software company four years ago, O’Malley’s picked up the pace of innovation–and released a slew of offerings that position Compuware and the mainframe to play in an agile, DevOps world.

With the MGT Act now law, Federal agency CIOs have an amazing opportunity to infuse much-needed tech funds into their organizations. But modernizing and transforming the Federal government can only take place if inspired CIOs are at the helm, O’Malley told MeriTalk.

The Federal government needs to refocus, O’Malley continued. Currently, there is too much emphasis on the technology and not enough on the customer–the taxpayer.

“Federal CIOs need to get fired up and refocused on serving citizens,” he said. “You hear a lot about cloud-first and data-first, but it’s really about being citizen-first.”

Meaning, agencies must make government services easier to use. The MGT Act offers a prime opportunity to make that happen. But it’ll only work if CIOs have a laser focus on where they plan to take their agency, O’Malley added.

While Compuware is no spring chicken, O’Malley said the company operates with a startup spring in its step. He tells us that Compuware is installed at every cabinet-level agency–so, it understands the challenges and opportunities facing Uncle Sam as he wrestles with modernization and reinvention.

When O’Malley joined the mainframe mainstay, it was drowning in the waterfall development model. He flushed it and jetted forward to embrace an agile and DevOps revolution. Was it easy? No, O’Malley said–but it was worth it.

O’Malley knew the name of the game for Compuware was innovation. But how do you take a company that hadn’t released a new product in a decade and a half and turn it into an industry leader?

“My hypothesis was that you could come in and rip off the band-aid and aggressively go to DevOps and agile at scale,” O’Malley said. “That really had never been done before. Certainly not by a company that’s been doing waterfall for 40 years.”

An ambitious goal, for sure. But in less than four years, O’Malley proved his theory true. However, it wasn’t always easy for employees.

“Waterfall is basically a caste system–who’s good and who’s bad is defined by the process,” he said. “When you go to agile, that gets all turned upside down. People who are bad become good. It’s a very uncomfortable thing to go through. One of the things I am most proud of is that 13 quarters later, 98 percent of the people that were here the day I started are still here.”

When asked if the mainframe is dead, O’Malley scoffs.

“The mainframe is certainly not dying,” he said. “It’s thriving.”

“Sales are up, there are more MIPS (a measure of computing power) running today than there ever have been, and–perhaps most important–most government mission-critical services run on a mainframe,” O’Malley said. “Cloud might be sexy, but mainframes aren’t going anywhere anytime soon.”

Not to say that cloud and the mainframe can’t share the spotlight. O’Malley told us that mainframes–and Compuware’s software–can play nicely with the cloud.

“So the cloud and the mainframe are wonderful partners–it’s a Jerry Lewis and Dean Martin,” said O’Malley. “In truth, they do two different things well. The mainframe does systems of record processing with high volume transactions that require 100 percent up-time and must be highly secured. Nothing comes close to the mainframe. No hyper-converged system can do what the mainframe does.”

The mainframe can modernize and it should have a starring role in an agile and dev ops focused world, O’Malley explained.

“When it comes to agile and dev ops initiatives, the mainframe should be first on the list for modernization,” O’Malley said. “The mainframe has to go as fast as any other project you’re going to work on. You’re only as fast as your slowest digital asset.”

Living Example of the MGT Act

After transforming Compuware, O’Malley saw an opportunity to share what he had learned with the Federal government when the MGT Act was being drafted.

“When the MGT Act was being written, I spent a lot of time on Capitol Hill with members of Congress, and a few came and visited us in Detroit–including Congressman Will Hurd, the architect for the MGT Act,” O’Malley said. “We used that opportunity to teach them about how the MGT Act should work. We’re kind of a living example of it.”

Visiting Compuware’s HQ gave members of Congress a glimpse into how the MGT Act could improve Federal agencies.

“We took them on data centers tours to show them our empty data center, that just has a mainframe sitting in the corner,” O’Malley said. “We could show them all the empty space where server racks were taken out–I think we’ve removed about 13 tons of equipment at this point.”

Legislators were also able to see the potential cost savings.

“We have placards in the data center that show the cost savings that we got as a result of modernizing,” he said. “They could see all the savings and the empty racks.”

“The MGT Act gives CIOs a way to fund modernization efforts in a way that doesn’t force them to go through this big bureaucratic process,” he said. “It allows them to become more like a venture capital funded effort. Agencies can do things in an iterative way, as well as gain money from the project as they gain savings.”

Essentially, the MGT Act will help agencies be more like startups–the exact mentality that O’Malley brought to Compuware.

“That’s the kind of energy government needs,” he said.