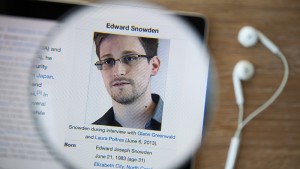 Snowden and the Fall of a Federal CTO

Ashkan Soltani, the former CTO at the Federal Trade Commission who joined the White House in December to advise U.S. Chief Technology Officer Megan Smith, is stepping down after being denied a security clearance. Soltani played an active role in the Washington Post’s reporting on the National Security Agency surveillance programs leaked to the media by Edward Snowden. […]