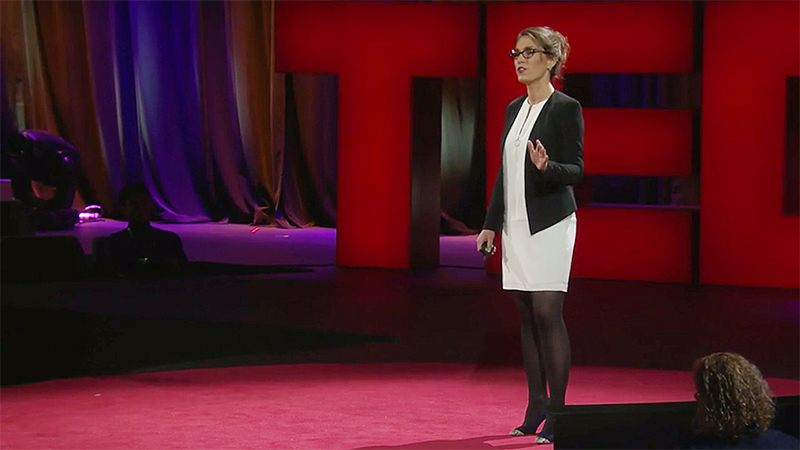 When Haley Van Dyck joined the government in 2008, the White House handed her a laptop that was running an operating system that hadn’t been updated since 1998.

“Three presidential elections had come and gone since the government had updated its operating system,” Van Dyck said, speaking in February at the annual TED2016 conference, held in Vancouver, British Columbia. TED, which stands for technology, entertainment, and design, posted the video this week of Van Dyck’s presentation.

“The private sector is constantly changing and improving itself all the time. For that matter, it’s removing every single inconvenience in my life that I could possibly think of. I could be sitting on my couch in my apartment, and from my phone, I can order a warm, gluten-free meal that can arrive at my door in less than 10 minutes,” Van Dyck said.

But government’s failure to deliver digital services that work is disproportionately affecting the very people who need it most, she said.

“It’s impacting the students trying to go to college, the single mothers trying to get health care, the veterans coming home from battle. They can’t get what they need when they need it. And for these Americans, government is more than just a presidential election every four years. Government is a lifeline that provides services they need and depend on and deserve,” said Van Dyck. “Which is, quite frankly, why government needs to get its shit together and catch up. Just saying.”

In an attempt to frame the problem that the U.S. Digital Service was created to address, Van Dyck stood in front of a large screen that displayed the number 137. That’s the number of days a veteran returning from active duty overseas has to wait to receive benefits from the Department of Veterans Affairs. And for an application to be filed, the veteran must navigate more than 1,000 different websites and more than 900 different call-in numbers, “all owned and operated by the United States government,” said Van Dyck.

“This growing dichotomy between the beneficiaries of the tech revolution and those it’s left behind is one of the greatest challenges of our time,” she said.

Although many questions remain about the impact that the USDS is actually having on the most difficult and pressing problems facing government, Van Dyck offered a couple of examples that she said demonstrate the benefits of recruiting top Silicon Valley talent for short tours of duty in government.

The first example showed how the USDS transitioned the I-90 form used by immigrants to get a replacement green card from a paper-based process that could take up to six months, to a completely digital experience.

“I’m excited to tell you that today, you can now, for the first time, file for a replacement green card entirely online without anyone touching a piece of paper,” Van Dyck said. “It is faster, it is cheaper, and it’s a better user experience for the applicant and the government employees alike.”

The USDS recently unveiled Vets.gov, a beta site that for the first time brings all of the online services a veteran might need into one place.

“One website, not thousands. The site is a work in progress, but it’s significant progress, because it’s designed with the users who matter most: the veterans themselves,” she said. “To me, this is what change looks like in 2016.”

“You can think of our team a little bit like the Peace Corps meets DARPA meets SEAL Team 6. We’re like the Peace Corps for nerds, but instead of traveling to crazy, interesting, far-off places, you spend a lot of time indoors, behind computers, helping restore the fabric of our democracy,” she said. “We don’t care about politics. We care about making government work better, because it’s the only one we’ve got.”