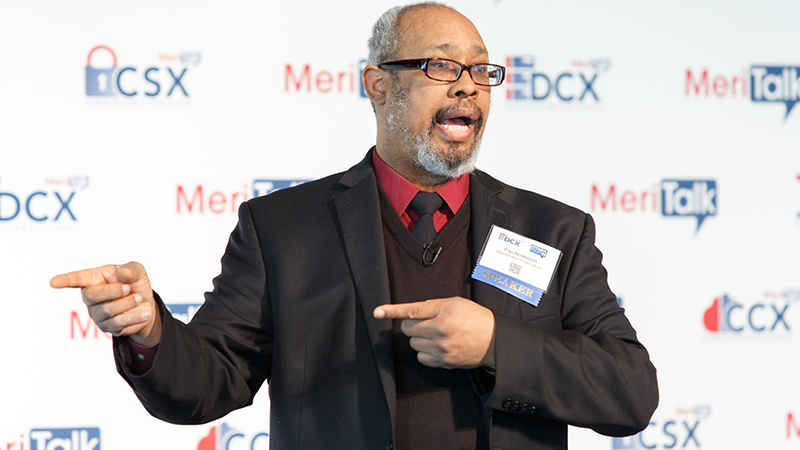 Flip Anderson is the only known acting executive director of FITARA in the Federal government. And he has a lot of lessons about what it really takes to do FITARA correctly. (Photo: MeriTalk)

The Agriculture Department’s Flip Anderson can recall with great clarity the meeting that made him the only person in government with the title of acting executive director of FITARA—the Federal Information Technology Acquisition Reform Act.

“I was at one point the acting associate chief information officer for information resource management, and I had capital planning, enterprise architecture, IT governance, and responsibility for implementing FITARA,” Anderson said, in an exclusive interview with MeriTalk. “And we were briefing the deputy secretary on FITARA and she looked at me and said, ‘Flip, is this the only thing you’re doing?’ And my response was, ‘I wish.’ She then turned to the CIO and said the agency needed to make FITARA an office in itself with a senior leader.”

As of this writing, Anderson remains the only known agency-level FITARA director—an indicator of both the level of importance USDA has assigned to the new law and the resources necessary to manage FITARA compliance correctly.

The key to USDA’s FITARA success to date is a reconsideration of human capital and job responsibilities, Anderson said.

“If you look at the FITARA guidance, everywhere it says ‘the CFO [Chief Financial Officer] and the CIO shall…’ and, looking at that, you would think, well, that’s the CIO’s job,” Anderson said. “But then as I started talking with the CFO, I found out that that’s not really the CFO’s job, that’s the budget guy’s job. And so I had to do a lot of deconflicting of stuff within FITARA to make sure that the CxOs understood what their responsibilities were.”

Anderson, who spoke Wednesday at MeriTalk’s third annual FITARA Forum in Washington, D.C., said he spent a lot of time at the beginning learning the ins and outs of the act, to better ensure USDA compliance.

“Flip Anderson is probably one of the only people I know who has read the entire law and knows it like the back of his hand,” said Joyce Hunter, Deputy CIO of Policy and Planning at the USDA.

“The first thing we needed to do was identify what it was that FITARA was asking us to do,” Anderson said. “There were a lot of things we were not doing and the problem was we were not resourced to do it. For example, [FITARA] says that the CIO will approve all IT contracts. Well, that’s a lot of contracts within an agency the size of USDA. We’re talking thousands and thousands of contracts. We don’t have anybody who does that.”