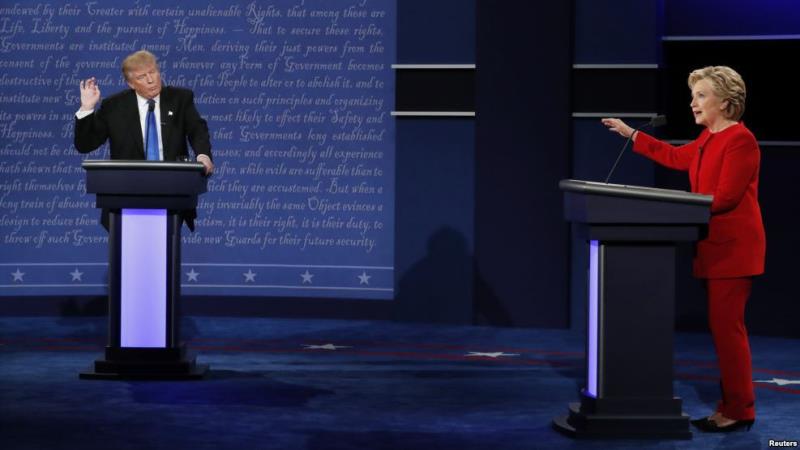 Though Donald Trump and Hillary Clinton in Monday night’s presidential debate agreed that cybersecurity and cyber warfare would be one of the next president’s biggest challenges, they clashed on whom to blame for the Democratic National Convention hack and the current state of cyber in the United States.

“I think cybersecurity, cyber warfare will be one of the biggest challenges facing the next president,” Clinton said. “We need to make it very clear, whether it’s Russia, China, Iran, or anybody else, the United States has much greater capacity and we are not going sit idly by and permit state actors to go after our information, our private sector information or our public sector information.”

“As far as the cyber, I agree to parts of what Secretary Clinton said. We should be better than anybody else, and perhaps we’re not,” Trump responded.

The two candidates disagreed, however, on the specifics of hacks against U.S. political entities, such as the hack against the DNC.

“I know Donald is very praiseworthy of [Russian President] Vladimir Putin, but Putin is playing a really tough, long game here, and one of the things he’s done is to let loose cyberattackers to hack into government files, to hack into personal files, hack into the Democratic National Committee,” Clinton said. “And we recently have learned that this is one of their preferred methods of trying to wreak havoc or collect information.”

“I don’t think anybody knows that it was Russia that broke into the DNC,” Trump said. “I mean, it could be Russia, but it could also be China. It could be lots of other people. It also could be somebody sitting on their bed that weighs 400 pounds, OK? You don’t know who broke into DNC.”

The hack on the DNC was reportedly perpetrated by an entity known as Fancy Bear, which is affiliated with Russian intelligence, according to cybersecurity firm Crowdstrike. Despite these ties, the Russian government denies involvement in the hack.

Trump also expressed concerns that ISIS was using cyber tools to work against the U.S., claiming that “they’re beating us at our own game.” He also questioned whether Clinton would be able to take out ISIS on the whole.

“I have put forth a plan to defeat ISIS,” Clinton responded. “It does involve going after them online. I think we need to do much more with our tech companies to prevent ISIS and their operatives from being able to use the Internet to radicalize people.”