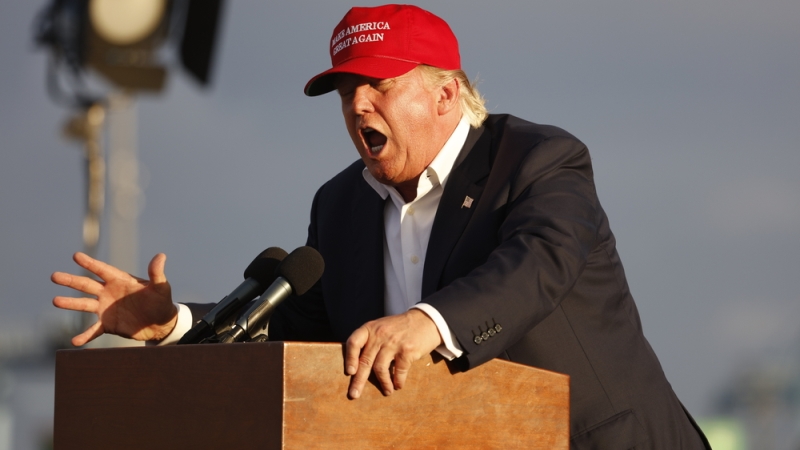 The app, which is available in the Apple App Store and the Google Play Store, requests access to users’ phone address books, which puts this information at risk if the campaign were to be hacked. This is a legitimate concern, given the number of hacks already reported during this election season.

Both the Trump and Hillary Clinton campaign apps collect information about the users, but Trump’s app requests access to users’ contacts during the initial registration process. Clinton’s app requires users to opt in and activate a sharing feature in order for the campaign to access users’ contacts.

These collection methods are legal but they leave this data susceptible to a breach if the campaign is hacked.

A user’s phone contact book can include information such as phone numbers, emails, and addresses, but can also include notes about a person’s health, sections of emails, passwords, security codes, and Social Security numbers.

The privacy policy for Trump’s app says that users who agree to share their contact data can rescind their permission later, but there’s no way to ensure that their information is then deleted from the campaign’s servers.

The Clinton app’s privacy policy states that the campaign “takes reasonable measures to help protect information about you from loss, theft, misuse and unauthorized access, disclosure, alteration and destruction.” The information about Trump’s app doesn’t include a statement like this.

The Trump campaign did not immediately respond to MeriTalk for comment.

“We use your information to provide and improve our services, award loyalty points to you, make special offers, customize services for you, better understand our users, or diagnose and fix problems,” stated the privacy policy for America First.

Users can earn more Activist Badges by allowing the app to have access to their data, including location data. Users can also earn points by “signing up for campaign alerts, contributing to the campaign, checking in at events, sending messages to friends, and sharing campaign videos, images, and other personalized content through various social networks,” according to a press release from the Trump campaign.