Now let’s take a look at the biggest major investments at agencies, and the extent to which the biggest are network/telecom. I put a checkmark there if the investment includes network/telecom capabilities. You can find these all on the IT Dashboard. I just sorted it by “major” and “budget” (though I did throw out the grant program from USDA that is a pass-through). 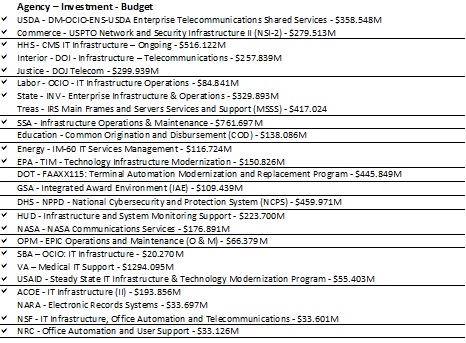 So for most agencies their biggest IT investment includes telecommunications. For most of the agencies in which telecom wasn’t the biggest investment it was typically the second biggest. I just think that this is the area in which we should be looking to drive some efficiency and save some money.

Not only that, but this should be a particularly soft target. The acquisition has been a mandate since 1996; that’s 20 years! But did you know that GSA charges 7 percent for agencies to use Networx?

4
So GSA awards a big umbrella contract, and then agencies advertise fair opportunities under that contract and select the bestest solution for their requirements? Then for every dollar agencies are charged, and remember, this makes up 7.72 percent of civilian sector IT spending, GSA tacks on a 7 percent fee on top of that.

ARE YOU FREAKING KIDDING ME?

In what bizzaro universe can this possibly seem reasonable? This is why I don’t call the contract Networx, I call it NetWorst. It is a bad idea for agencies and a cash cow for GSA. What does your 7 percent fee actually get you? It gets you the overarching contract under which you award your task orders. But each of those task orders is vulnerable to protest and there is no sharing of the prices paid data by any agency. Thus at worst, GSA is complicit in agencies getting ripped off. At best, GSA doesn’t know, though, if I’m getting a 7 percent fee, I could probably identify the price the agency is actually paying in the following equation:

Let me tell you one of the things your 7 percent fee isn’t going for. It isn’t being used to reduce waste or unnecessary redundancy or cut costs. Think about your agency. If your agency provides services you probably have a headquarters office in the D.C. area and you probably have regional offices throughout the country. Below is a map of the Office of the Administration for Children and Families. 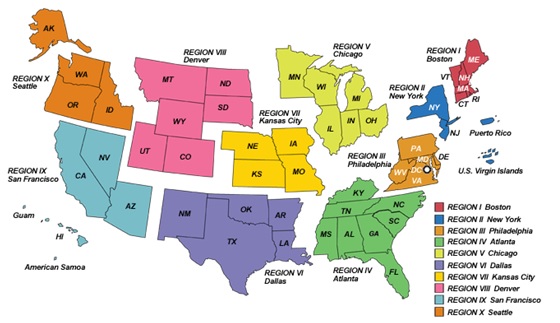 Here is the Federal Transit Administration: 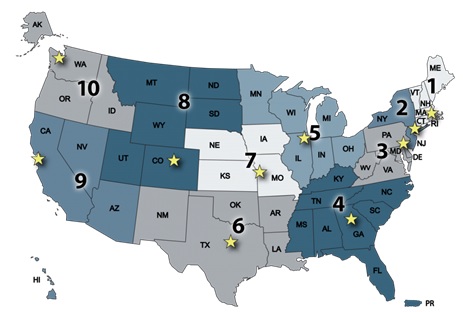