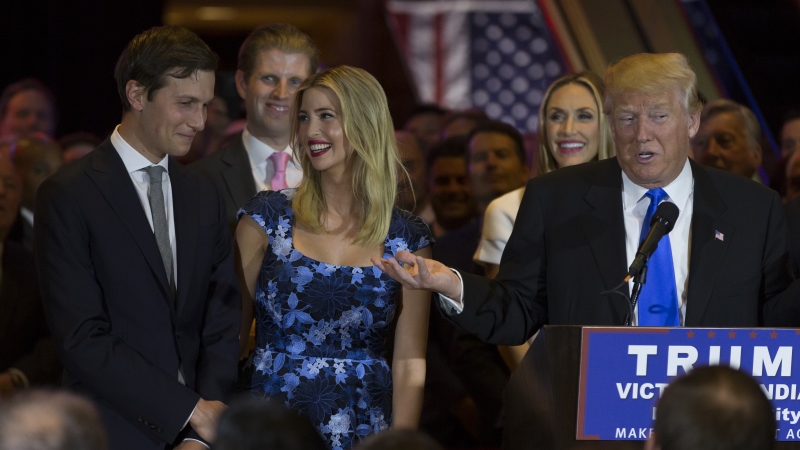 Despite disagreements about climate policy and immigration, the White House still managed to scrape together 18 technology executives who want to have a voice in the administration.

Uber’s Travis Kalanick and Tesla’s Elon Musk have already left a presidential advisory council over President Donald Trump’s goal to gut the H-1B visa program, which is frequently used to employ foreign engineering talent in the U.S., and Trump’s decision to pull out of the Paris Climate Agreement. Also notably absent from the June 19 meeting was Facebook COO Sheryl Sandberg, who has met privately with Trump before.

However, the White House still managed to gather CEOs from Apple, Amazon, Microsoft, Palantir, IBM, Intel, and Oracle, among others. The CEOs joined the American Technology Council, under its director, Chris Liddell, the White House director of strategic initiatives. Jared Kushner, head of the White House Office of American Innovation, delivered remarks to the press during the summit.

“Many warned me bureaucracy would resist any change we tried to implement. So far I’ve found exactly the opposite,” said Kushner. “The goal is simple here, to improve the day-to-day lives of average citizens. That’s a core promise and we are keeping it.”

Kushner highlighted the efforts of the department of Veterans Affairs to move the agency to electronic health records, by adopting a commercial system that’s used by the Pentagon. The effort would improve care for veterans and reduce wait times for doctors’ appointments.

“By modernizing systems, we will meaningfully improve the lives of Americans,” Kushner said.

Trump also spoke at a roundtable with the executives, saying that the administration has already taken steps to modernize IT systems and make government more transparent.

“Our goal is to lead a sweeping transformation of the Federal government’s technology that will deliver dramatically better services for citizens, stronger protection from cyberattacks–which we were just discussing in the Oval Office with a little bit smaller group,” Trump said. “That’s a big problem, there’s no question about it. We’re going to be working on it and we’re going to solve the problem–and up to a trillion dollars in savings for taxpayers over the next 10 years.”

During the summit, the executives and representatives from their companies participated in 10 working groups in topics including:

Jennifer Pahlka, founder and executive director of Code for America, said that although she doesn’t agree with most of the Trump administration’s policies, she attended the summit to shed light on IT issues that are often ignored, and because the American Technology Council’s (ATeC) work so far has been “on the right track.”

“If the ATeC succeeds in its stated goals, informed by a framework that includes all Americans equally, it will make a positive difference in the lives of tens of millions,” Pahlka said. “Will that redeem an administration that’s also pulled out of the Paris Accord and tried to prevent Muslims from entering the country? Of course not. Those actions and others like them are devastating to us as a nation.”

Pahlka also applauded the United States Digital Service and 18F for their leadership in reforming digital services and working across both parties.

“The men and women of United States Digital Service, the Technology Transformation Service, and 18F fight for the adoption of a user-centered, iterative, data-driven approach to serving Americans, and have succeeded in continuing and even accelerating this work in cooperation with the new Office of American Innovation” Pahlka said. “Those men and women are now part of that tradition of public service.”