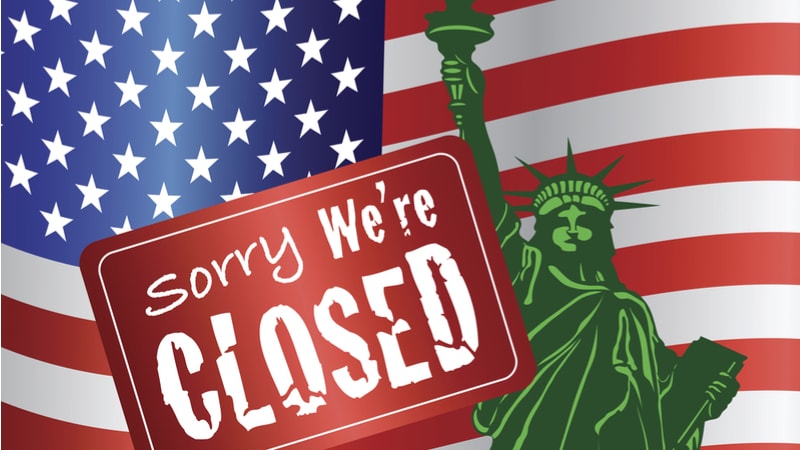 Congress and the White House seemed no closer today to reaching an agreement to end the partial Federal government shutdown, as the public interactions between the two mainly featured an apparently tit-for-tat exchange between President Trump and House Speaker Nancy Pelosi, D-Calif., over the latter’s ability to use U.S. military transportation for an overseas trip.

Following yesterday’s action by Pelosi to amend her invitation to the President to deliver his State of the Union address scheduled for Jan. 29–asking him to delay the speech until the shutdown is resolved, or alternatively, to just send over a copy of his speech–President Trump sent a letter to Pelosi today “canceling” a trip she had planned to begin today with a congressional delegation to Brussels and Afghanistan by telling her she could not use military aircraft. He added that the House Speaker was free to use commercial airlines.

“We will reschedule this seven-day excursion when the Shutdown is over. In light of the 800,000 great American workers not receiving pay, I am sure you would agree that postponing this public relations event is totally appropriate,” the President wrote.

The President’s letter also included Egypt among Speaker Pelosi’s stops, but her Deputy Chief of Staff Drew Hammill wrote on Twitter that Egypt was not included in the trip. Before the President’s letter, the plans to visit a war zone for the woman who is second in line for the presidency–behind Vice President Mike Pence–had not been revealed publicly.

Back in the congressional trenches on day 27 of the partial shutdown, Republicans in the House offered an alternative measure that would pay furloughed workers, but keep the government closed. The measure was voted down 195-222, and the House Democrats will continue with a plan to vote on another appropriations bill next week that will fund the government through Feb. 28. That bill faces slim chances of approval in the Senate and with President Trump.