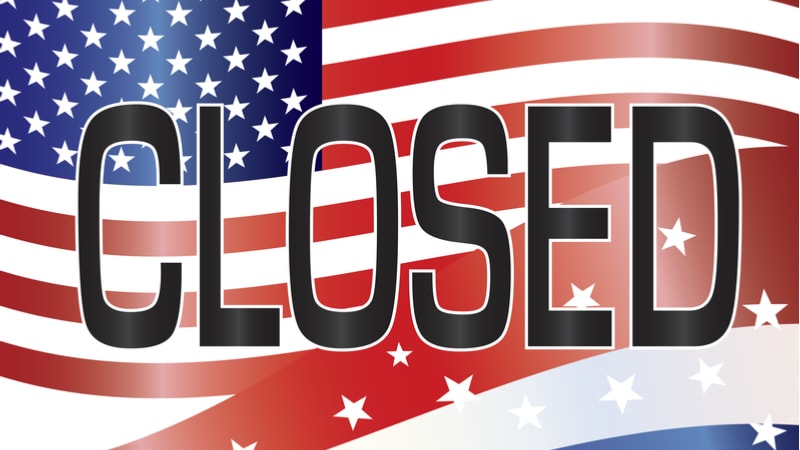 On the heels of the Senate voting down both competing Republican and Democrat funding bills to reopen the partially-closed Federal government, President Trump today suggested that he might be willing to accept a smaller “down payment” on funding the southern border wall.

“Well, one of the ideas suggested is they open it, they pay it, sort of a pro-rated down payment for the wall, which I think people agree that you need,” Trump said.

The funding bills that failed to reach the necessary 60 votes in the Senate today include a Republican bill, backed by President Trump and including $5.7 billion in border wall funding, and a Democratic bill plan that would simply reopen the government until Feb. 8 and containing no border wall funding. The Republican bill was defeated 51-47 and the Democrat plan failed 52-44, but had six Republicans vote in its favor.

On the other side of the Hill, House Speaker Nancy Pelosi, D-Calif., insisted earlier today that House Democrats were not working behind the scenes on a counteroffer to the President’s border wall demands. When asked at a press briefing in the Capitol about a possible deal, she said: “that’s not true,” and said that the Democrats in the House would continue to pass spending bills to be voted on in the Senate.

Pelosi and the President have been at odds during a tit-for-tat exchange that started with Speaker Pelosi renouncing Trump’s invitation to deliver the State of the Union address in the House chamber. Yesterday, the President sent Speaker Pelosi a letter saying that he was going to deliver the address there anyway, but the Speaker stood by her authority to revoke the invitation. In a surprise reversal, President Trump said on Twitter late Wednesday that he would not deliver the State of the Union address on Tuesday, Jan. 29, and would wait until after the shutdown was over.

The partial lapse in appropriations has reached day 34 and it’s still unclear when the end may come, but the effects are being felt in places that extend beyond the furloughed employees.

The U.S. Chamber of Commerce suggested that the shutdown is having adverse effects on as many as 41,000 small businesses, according to Neil Bradley, executive VP and chief policy officer at the Chamber. Small government contractors are also losing $2.3 billion in revenue, with another $29 billion at risk if the shutdown continues, Bradley said.