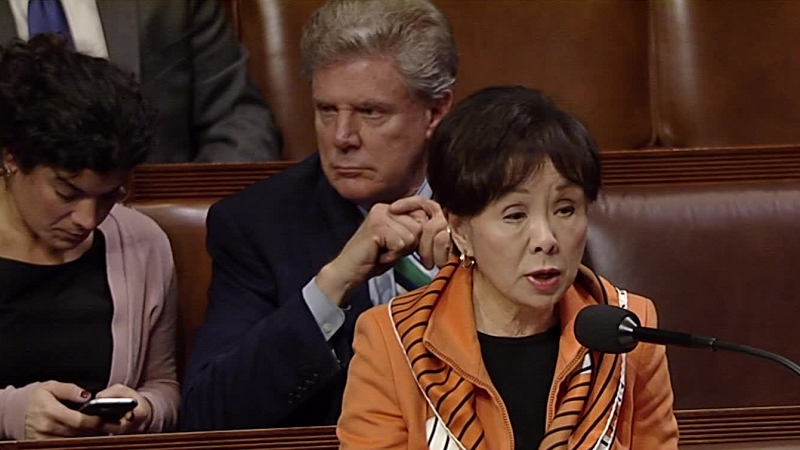 During today’s House Energy and Commerce Committee Subcommittee on Digital Commerce and Consumer Protection hearing to discuss oversight of the Federal Trade Commission, Rep. Doris Matsui, D-Calif., said she was introducing legislation calling for a common definition of blockchain.

The legislation would direct the Department of Commerce to convene “a working group of Federal and industry stakeholders to develop a consensus-based, agreed upon definition of blockchain,” Matsui said at the hearing.

While blockchain initially gained notoriety alongside cryptocurrencies such as Bitcoin, it is now growing in popularity on its own, with potential applications across the Federal government. Matsui highlighted government and private sector applications of blockchain during her hearing statement.

“I’ve discussed the potential of blockchain applications in this subcommittee before,” Matsui said. “These include its possibility to facilitate spectrum sharing as next generation broadband networks are deployed, maintain patient health records, and secure business transactions and communications between Internet of Things networks.”

Matsui continued to explain what drove her to draft the new legislation.

“In its basic and essential element and function, blockchain is a decentralized ledger technology,” she said. “But as the hype surrounding blockchain and its applications grow, how exactly blockchain is defined has become less clear. More fundamentally, there is no agreed upon definition of ‘blockchain.’”

Matsui said she believes a common definition will help spur further innovation and ease deployment across the public and private sectors.

The new legislation comes on the heels of an Information Security and Privacy Advisory Board (ISPAB) meeting last month. At the ISPAB meeting Tiffany Angulo, a staffer for Rep. David Schweikert, R-Ariz., who is the co-chair of the Congressional Blockchain Caucus, raised concerns over blockchain developing into a “patchwork system” as states pass laws with different definitions of the technology. Angulo called for greater Federal guidance and standardization in blockchain to ensure that the technology is applicable across state lines.