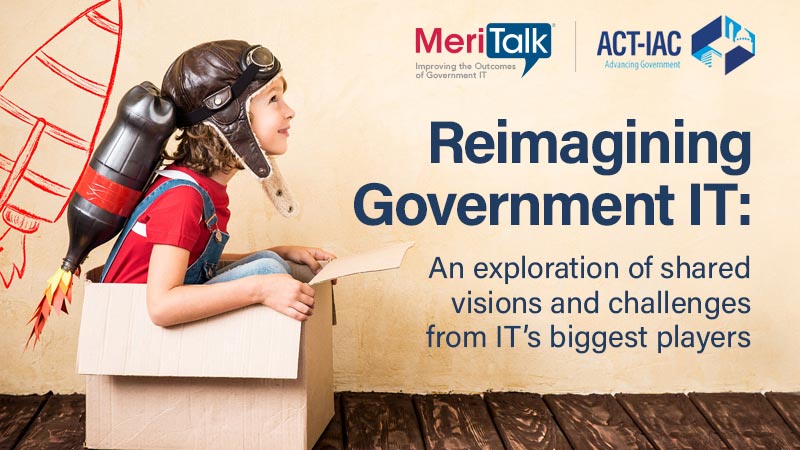 A new report from MeriTalk and the American Council for Technology and Industry Advisory Council (ACT-IAC) finds that Federal finance, IT, and procurement experts believe we’ve reached an IT modernization tipping point.

The vast majority – 83 percent – of the 300 Federal finance, IT, and procurement decision makers surveyed for “Reimagining Government IT” say their agency’s future mission success depends on IT modernization.

And they’re seeing evidence that change is already underway.  The report found that 94 percent of Feds have “felt a shift in momentum” toward the future state of Federal IT, with more than half – 53 percent – saying the shift has been significant.

When asked what Federal initiates were driving the most change in government IT, the officials cited the Cybersecurity Executive Order, the Cloud First Policy, the Modernizing Government Technology (MGT) Act, and the Federal IT Acquisition Reform Act (FITARA) as doing the most to move modernization forward.

This could be why 77 percent of those surveyed said they believe “wholesale change” in government IT is feasible, although many feel we could be at least five years away from a major breakthrough.

So what are the compounding factors? Many aren’t confident in their agency’s ability to develop and train a 21st Century workforce. Only 28 percent of Feds are very confident in how their agency is preparing employees for the future of government IT.

And while 76 percent of respondents expect their IT modernization budgets to increase in FY19, Feds still only estimate that 23 cents of every FY 2019 IT dollar will fund modernization efforts, in line with the oft-cited 80/20 split – with 80 percent going to operations and maintenance and only 20 percent funding new development.

“The confluence among IT, finance, and procurement tribes show the art of the possible, the contradictions expose why agencies aren’t getting IT transformation done,” said Steve O’Keeffe, founder, MeriTalk.  “We need to rethink investment priorities and double down on workforce training.”

“The  Reimagining  Government  IT  survey  results  are  both  surprising  and  insightful,  in  terms  of  showcasing  the  importance  of  IT  modernization  to  government  leaders,  but  highlighting  key  challenges  yet  to  be  addressed,  most  notably  in  workforce  development  and  cybersecurity, ” said Richard Spires, this year’s IAC Executive Chair.

There are signs of promise, however, with 69 percent of respondents saying their agency is tackling IT modernization in a “more integrated, holistic way than ever before.” So how can Federal leaders avoid pitfalls on the path to modernization? MeriTalk and ACT-IAC offer up three recommendations for agency leaders.

First, Feds need to capitalize on momentum and keep pushing forward on wholesale change. Second, if modernization is going to be successful, agencies need a 21st Century workforce. The training and reskilling of government employees is critical to modernization success, so agency leaders must realign their priorities and partner with HR to make sure their employees have the skills they need.

Finally, modernization cannot be siloed. Instead, finance, IT, and procurement decision makers must collaborate to exchange experiences and challenges, as well as design a shared vision for the future. Without a roadmap in place, the vision of modernization won’t become reality. To get the full story, download the study or watch the movie.