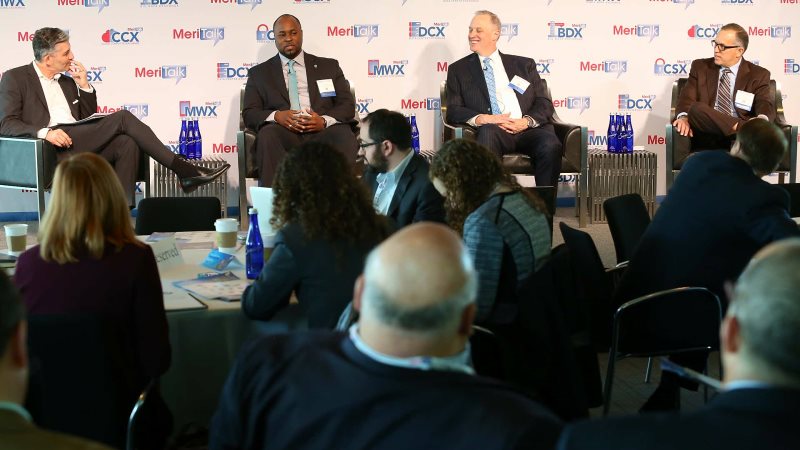 Civil servants who create complex regulations are often their own worst enemy, according to Joe Paiva, chief information officer of the International Trade Administration.

The Office of Management and Budget’s Data Center Optimization Initiative requires Federal agencies to close their data centers as soon as possible. The most recent Federal Information Technology Acquisition Reform Act scorecard, issued Dec. 6, reveals that many agencies are nowhere close to eliminating all of their data centers.

Paiva, who spoke at MeriTalk’s Data Center Brainstorm March 23, said the plethora of Federal requirements was the reason agencies are not making enough progress in data center consolidation.

“We’re digging up mushrooms without getting to the problem at the forest floor. A bunch of civil servants created a bunch of regulations that they fed up through the chain of command to intentionally make their business so complex that you can’t go out and just buy a system,” Paiva said. “The culprit is needless regulations that civil servants created themselves. My piece of advice is get rid of that crap.”

Civil servants can shift the culture of over-regulation by assessing what requirements can be done away with completely, Paiva said. Before agencies purchase a new system, he said they should figure out how to make the process quicker by eliminating unnecessary regulations.

“We have to take a zero-based budget approach to regulations,” Paiva said in an exclusive conversation with MeriTalk. “Before we buy a system, we have to start with going to OMB and having them relax regulations. We have to see what requirements we can make go away.”

The Federal Risk and Authorization Management Program also plays a role in stalling some contracting possibilities, according to Yemi Oshinnaiye, division chief of U.S. Citizenship and Immigration Services’ Enterprise Infrastructure Division. Federal agencies can partner only with contractors who are certified through FedRAMP.

Oshinnaiye said that private sector companies could benefit from a better education on FedRAMP. For example, he said that several companies have approached USCIS with ideas, but the two entities could not partner because the companies were not certified.

“We’ve been walled off from many good solutions because they’re not FedRAMP certified,” Oshinnaiye said.

He said that USCIS has moved about 50 percent of its workload to the public cloud. Mark Busby, chief technology officer for the National Archives and Records Administration, said that his agency is about 40 percent in the public cloud, and Paiva said that ITA is about 90 percent. Oshinnaiye said that employees were initially afraid of the cloud, but people have overall seen the gains.

Agencies should be aware that moving to the cloud requires Federal IT leaders to educate their employees on how to use this type of computing, Paiva said. He said agencies should insist on increased user training.

“My biggest mistake was not keeping enough money in the training fund,” Paiva said. “We give a lot of users Winnebagos and they use them to go back and forth to the grocery store.”