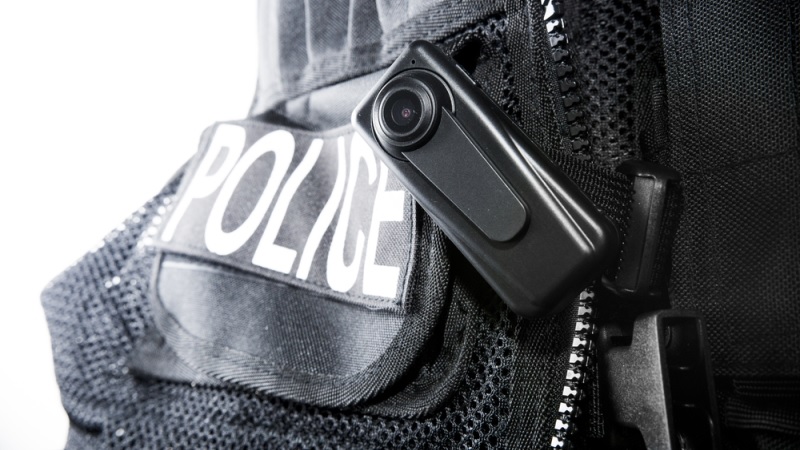 Police departments across the country that received Federal grants for body worn cameras are concerned about sharing information with the agencies responsible for this funding. Some police departments have gone so far to as to say they would not share body camera footage unless Federal agencies compelled them.

Lisa Daugaard, co-chair of Seattle’s Community Police Commission (CPC), expressed concern at the prospect of sharing body camera data with Federal agencies. CPC is a team of volunteers whose goal is to provide community input on proposed policing reform. It was created in 2013 after the City of Seattle signed a settlement agreement with the Department of Justice (DOJ) to reform Seattle Police Department (SPD) practices. Two members of CPC are employees of the police force. In addition to co-chairing CPC, Daugaard also serves as the director of the Public Defender Association (PDA), a nonprofit organization based in Seattle that advocates for justice system reform.

In 2015, SPD received $600,000 from the Department of Justice to deploy body cameras. The funding was part of DOJ’s Body Worn Camera Pilot Implementation Program, which divided $19 million among 73 police departments to install these devices.

Officer David Hartman, media liaison of NHPD, said the $90,000 will only be granted after a department “General Order” on body camera use has been submitted and approved by DOJ. Hartman said there is no agreement between the NHPD and DOJ or any other government agency to provide unsolicited access to information recorded or captured by the body cameras.

“We’re not the sharing type of city. We’re famous for not assisting ICE agents,” Hartman said. “What 125 agents from DOJ or DHS are going to be watching all the footage of body cameras anyway?”

Hartman is not alone in his determination to not share body camera data with the Federal government. Axel Henry, senior commander at St. Paul (Minn.) Police Department (SPPD), said his department would not share information with the Federal government unless it were for a legitimate law enforcement reason. Like their counterparts in Seattle, SPPD received $600,000 from DOJ’s grant.

Seattle’s City Council has not released the money to set up body cameras yet, except for a small portion that was used to fund a pilot program for bicycle-mounted officers equipped with cameras. For the last year, Daugaard has been searching for the answer to a specific question: Is SPD obligated to provide footage from their cameras to DOJ because DOJ funded the devices?

As of now, Daugaard still does not have an answer. She said most police departments receive Federal funding, which typically comes with conditions. She also said that all departments endowed with Federal grants need to figure out who they are required to share data with.

“In Washington state, I don’t know if law enforcement is required to turn information over. We have yet to see a good answer. To date, there have been public expectations that it’s going to be worked out, but it really hasn’t been worked out,” Daugaard said. “Everyone should be asking that question. We should expect, given the election, that interest in this question will mount. It’s helpful to remember to care about this.”

President-elect Donald Trump ran his campaign on the promise of restored “law and order” and encouraged violence at his rallies. Daugaard said that people might worry about the uses of police video in the hands of his government, “given the announced intent of using Federal law enforcement in service of pretty clear policy goals.”

Daugaard said that CPC’s concerns about data-sharing are longstanding; however, she said that most people felt confident that body camera footage would not be used for harmful purposes during President Barack Obama’s administration. Under a Trump presidency, she said communities should revisit concerns that may have lain dormant for the past eight years.

“After people felt information was in the hands of benevolent allies, they may be more likely to perceive the risk of massive collections of information in an environment where it’s very unclear of use by Federal intelligence agencies. It probably always should have been a concern,” Daugaard said. “One can see really great harm in the acquisition of this information. We need to be sensitive of who this acquisition’s going to help and hurt. It’s not a big leap for this data to be used for something other than its original intent.”

Body cameras that are turned on all the time can be a double-edged sword. While these constantly running devices could potentially improve officer accountability in certain cases, there are also situations in which this content could be misused, Daugaard said. For example, victims who are recorded during interrogations want to make sure they do not end up on YouTube.

Daugaard said that the community needs to weigh the positive and negative aspects of body cameras when creating policy surrounding the technology. She also said her connections at SPD do not oppose the use of body cameras; however, she said they are aware of the implications of having continuous footage.

Daugaard, still without an answer as to which Federal agencies, if any, will be privy to SPD’s video, leads community engagement efforts to discuss how the city should spend its body camera money and how these devices should be used.

Citing certain communities in Seattle where “there’s already a reluctance to call the police,” she said it is important to facilitate communication between law enforcement officers and Seattle residents. Elisabeth Smith, legislative director of Washington state’s branch of the American Civil Liberties Union (ACLU), said the community needs to agree on body camera policy that will yield positive results.

“The ACLU has serious concerns about broad sharing of information captured by body cameras. Body cameras have the potential to be used not only for police accountability purposes, but also to chill free speech and protest, and for generalized surveillance. The demand for increased use of body-worn cameras has been driven by images of police violence against members of the public. The purpose of body cameras should be to reduce the incidence of such violence and to hold police accountable. Body camera policy should be directed toward that purpose, rather than for general surveillance,” Smith said.

“Another critical issue is the impact cameras can have on community-police trust—if individuals are less willing to interact with law enforcement because of their reluctance to be recorded, or if there are language barriers, this would undermine the important goal of improved community-police relations, which has been proven to reduce police violence.”