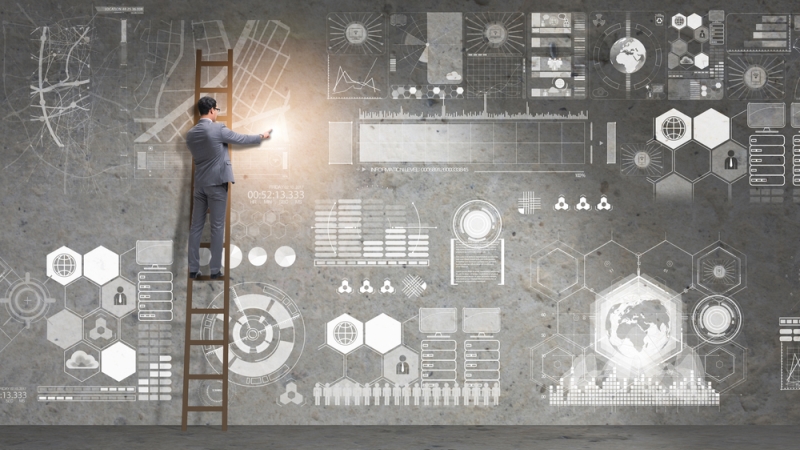 Disruptive technologies such as artificial intelligence (AI) and the Internet of Things (IoT) can help Federal agencies better utilize their data to improve processes, public and private sector technology officials said  during a FedInsider webinar on July 25.

“Our buildings are talking to us now, with a lot of the sensors and a lot of the controls we have in place, so really, we feel that we have to modernize our infrastructure,” said Phil Klokis, associate chief technology officer for the Public Buildings Service (PBS) within the General Services Administration (GSA). Klokis emphasized the need to think about data, network infrastructure, and personnel when considering the modernization equation, and also noted the importance of the Enterprise Infrastructure Solutions (EIS) contract in improving infrastructure in PBS’ 1,500 owned buildings.

“The enterprise IT solutioning has to be radically different going forward than what we’re used to,” said Bob Osborn, CTO of ServiceNow. Osborn noted the need for new enterprise architectures and new definitions of the borders of an agency.

Dr. Michael Valivullah, CTO of the National Agricultural Statistics Service (NASS), explained the potential of using existing IoT devices to improve upon data collection. “We have thousands of surveys we conduct and collect data. The problem that we have, is that we have a reduced number of responses coming back from our service. The only way we can get more data and better data is to go to the sensors where the data is being collected and take the data from there instead of asking the farmers to provide that information.”

“We have a lot of devices, for instance, in trucks, in airplanes, in engines, and the first question is: how are you going to use all this information?” said Frank Konieczny, CTO of the Air Force.

One of the main hurdles to using information is the lack of standardization, panelists said.

“How do we collect the data from different sources, different producers, different farmers, so all these go to different clouds, so how are we going to integrate these data elements we have?” asked Valivullah. He also noted the added difficulty of keeping data private until it reaches the aggregate level, as mandated by the Confidential Information Protection and Statistical Efficiency Act.

Klokis noted the complexities of the GSA Link program – which currently serves around 85 buildings, 30,000 pieces of equipment, and over 170,000 individual components – and the importance of “the normalization of the data with so many makes and models and proprietary information, whether it’s on the farm or in the building. We have hundreds, if not thousands, of different makes and models of products and services that are in our building collecting this information. We have to be in a position to compare apples to apples.”

“It’s all about the data, but the challenge with that is not just finding data, aggregating it and starting to comb through it. It’s being able to share that information in a meaningful way,” said Osborn. He noted the importance of moving towards “platforms that support business operations that have mission outcomes.”

Another hurdle lies in the challenge of securing IoT systems.

“We have lots of old systems, with lots of old IoT. Going forward, it’s cool to say ‘OK, we’re going to have a security mechanism for these new IoT devices’ but these old ones are the problem space we have to satisfy,” said Konieczny.

“The legacy (systems), that’s what keeps me up at night,” added Klokis. He noted that PBS is using segmentation to isolate vulnerable devices, and is looking towards “microsegmentation” to divide devices by category and purpose.

“In my opinion, this is where I think AI can really play into securing the environment by securing the behavior analysis and determining what that device does or should do … then when it goes outside that threshold, that’s when the tools and the automation can kick in.”

Klokis isn’t alone in looking towards AI. The Air Force is also looking at “AI techniques that we can actually use to monitor prior histories of devices,” according to Konieczny.

“The amount of data that’s going to be collected, and that’s actually already being collected by most agencies, is absolutely useless, because humans cannot absorb and understand and then make decisions on that,” noted Osborn. “We have to start to apply automation and AI in order to allow the machines to assist the humans to have the information they need to make the appropriate decision.”