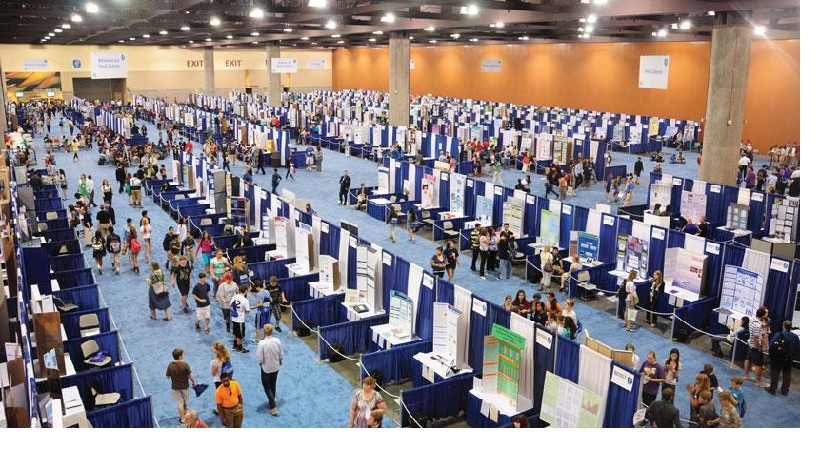 The students received $3,000 for first prize and $1,000 each for second and third prize in addition to a two-day visit to NSA headquarters. During their visit, students presented their work to NSA officials, toured operations centers, and saw the National Cryptologic Museum.

The winners were Charles Noyes, 17,  from Villa Park, Calif., Karthik Yegnesh, 16, from Eagleville, Pa., and Rucha Joshi, 16, from Austin.

During his visit to the NSA, Noyes was surprised by the jobs being accomplished by the agency.

“I thought it was exclusively digital defense, but I didn’t realize there was 3-D printing or carpentry,” Noyes said.

Yegnesh, who has been working on his project since 2015, applied an algebraic method to measure the topological features of shapes and functions, to analyze the data flow in financial, social, and biological systems. The results could help ease the flow of data.

Before Yegnesh visited the NSA, he didn’t know much about the agency.

“I was so impressed by the goals of the organization and how human it was,” Yegnesh said. “Regular people work here with regular desks.”

Joshi developed a way to test a network’s resilience using region-based connectivity, which can cause node failures during natural or man-made disasters. Joshi was inspired by the events of Hurricane Katrina to attempt to find a solution to this problem.

“I wanted to find alternate paths so something like that doesn’t happen again,” Joshi said.

The ISEF is the world’s largest science fair with 1,700 students, 22 categories, 600 awarded finalists, and 75 countries represented. Of the projects, 100 related to cybersecurity and 24 were chosen to be reviewed for the NSA awards. The projects were judged based on their advancement to securing cyberspace.

“By creating a special award at ISEF recognizing scientific cybersecurity research, we hoped to create an incentive for students to contribute to this important field and inspire continued pursuit of cyber education,” said Adam Tagert, technical director of the Science of Security initiative. “All three winning students did a great job on their research. Their projects advance the cybersecurity field and I hope they continue following these interests and do great things.”