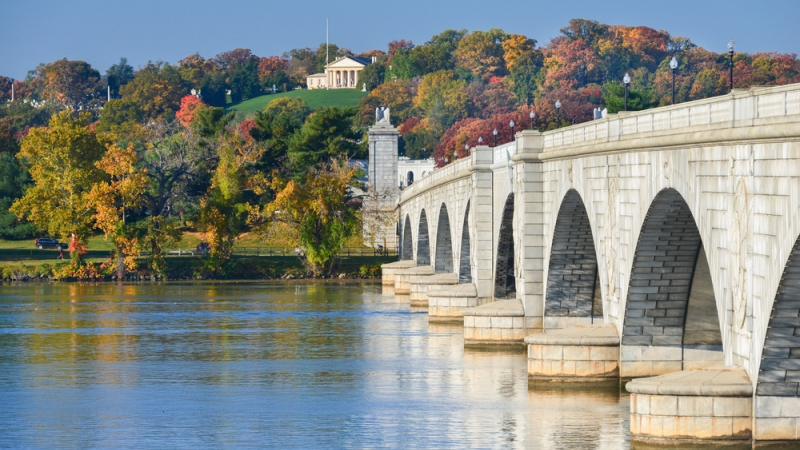 President Donald Trump ran his campaign on the pledge to restore the nation’s infrastructure. Two National Institute of Standards and Technology scientists have developed a “spectral fingerprint” technique that might contribute to bringing this promise to fruition.

The “spectral fingerprint” probe uses terahertz radiation waves to view corrosion levels of concrete-encased steel, such as the kind that supports bridges and roads. While NIST’s technology can do nothing to stop the natural process of rusting, the probe can inform government agencies—at the Federal and state level—when old infrastructure might need to be replaced.

“This stuff in no way prevents rust. But water gets into everything and it’ll ultimately succumb to corrosion,” said Dave Plusquellic, physical chemist at NIST, in an exclusive interview with MeriTalk. “You need to know what’s on a timer.”

Plusquellic and Ed Garboczi, physicist and NIST Fellow, have been working on the spectral fingerprint technique for six years. According to Garboczi, the U.S. spends $330 billion a year on addressing corrosion issues. While corrosion affects copper and aluminum, Garboczi said steel corrosion is the most common.

As of now, the NIST device can probe about one inch below a concrete layer. Plusquellic said the steel for most bridge decks is about one or two inches below its concrete casing.

The Federal Highway Administration is required to inspect bridges every two years. While many bridges have built-in corrosion detection services, NIST’s probe could indicate if these services are working or if the steel reinforcement bars are getting thinner.

“A unique approach is to go after spectral signals unique to the product,” Plusquellic said. “They’d get some indication of change.”

Through lab testing, Plusquellic and Garboczi determined the best probing setting was dry, cold weather. Plusquellic said it needs to be dry because water can obscure the reading. The probe can work with ice, which is more transparent than water. The team has yet to test the probe in the field.

The temperature when using the spectral fingerprint technique is important because reinforcement bars are very sensitive to heat, Plusquellic said.

“For maximum sensitivity, do it on a cold evening,” Garboczi said. “It doesn’t even have to be an evening because it’s not susceptible to solar radiation, but most nights are colder than days.”

NIST sent out a call through its Small Business Innovation Program asking companies to engineer the technology and see if it is feasible on a larger scale. NIST has not selected a company yet, although Plusquellic said several companies have expressed interest.

The current method for detecting corrosion is microwave radiation, a technique that requires comparison with baseline measurements. The microwave practice has been in place for 25 years. However, because most of the 400,000 steel-boned concrete bridges in the country are more than 50 years old, there is little data for microwave testing.

There is always the concern that people operating radiation equipment may be subject to its harmful side effects. However, Plusquellic said that the terahertz wave detection method is safe for work.

“X-rays are not friendly. Terahertz are like a microwave,” Plusquellic. “It’s quite safe. It’s skin safe and eye safe.”