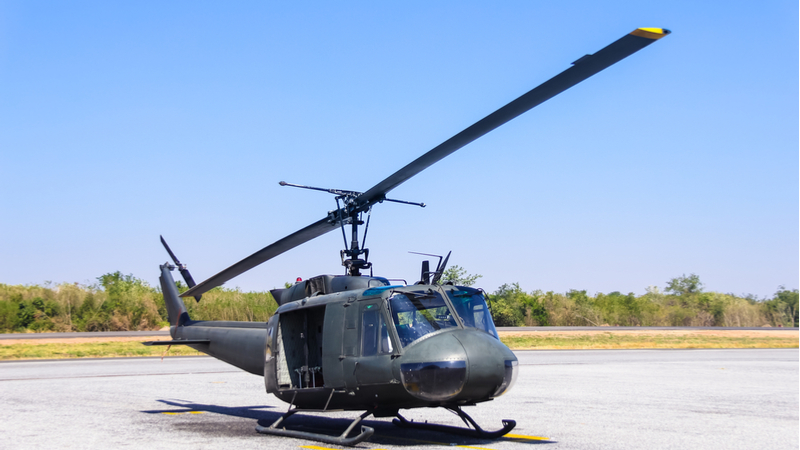 The military’s use of unmanned, and even semi-autonomous aircraft has been extensive, but no one’s ever pretended that it would be as easy as point-and-click. That day could be getting closer however, as the Marine Corps recently demonstrated how autonomous helicopter flights could clear a few final hurdles and move towards more widespread military use.

The demonstration at Marine Corps Base Quantico, Va., in December used a UH-1 Huey helicopter equipped with the Autonomous Aerial Cargo/Utility System (AACUS) to pick up supplies–at the behest of a novice operator with almost no training–and deliver them to a selected destination, adjusting to late-arriving no-fly-zone information, and selecting an alternative landing site on its own.

For the Marines, the new AACUS system, developed by the Office of Naval Research (ONR) and Aurora Flight Sciences, represents a big leap forward in its ability to deliver supplies to deployed troops in contested areas without putting a crew at risk. In the bigger picture, the system employs an advanced “sense-and-avoid” sensor and software package of the kind deemed essential for extensive drone use, allowing it to avoid obstructions such as towers and other aircraft, and operate in bad weather. And, importantly for the military, it doesn’t require an actual drone aircraft, but operates from a device attached to a Huey that otherwise would have a human pilot and crew.

“This is more than just an unmanned helicopter,” ONR Executive Director Walter Jones said at the demonstration. “AACUS is an autonomy kit that can be placed on any rotary-wing platform and provide it with an autonomous capability.” The level of autonomy is key to operating in difficult environments. “With AACUS, an unmanned helicopter takes the supplies from the base, picks out the optimal route and best landing site closest to the warfighters, lands and returns to base once the resupply is complete – all with the single touch of a handheld tablet,” Jones said.

The Marines have used unmanned helicopters successfully in Afghanistan and Iraq dating to 2011, but those were strictly drone aircraft and required a skilled operator. In the recent AACUS demonstration, a Marine with no experience in remotely operating an aircraft was given a handheld device and 15 minutes of training. They were able to successfully input information about the supplies needed, and the destination to take them to using the tablet. The helicopter took care of the rest.

The AACUS program dates to 2012 and has been intended from the start as a system that would require minimal training to operate from a handheld tablet. It uses Light Detection and Ranging and electro-optical/infrared sensors combined with advanced algorithms to navigate poor conditions like sand, fog, and snow. It can also identify obstructions, including those that might be blocking a designated landing site. In past iterations of AACUS, the system would notify an operator, who would need to select a new landing site. Now, AACUS is able to assess the situation and make those kinds of critical decisions itself.

The ability to adapt a manned vehicle for unmanned use has been another priority for the Department of Defense, providing flexibility, enabling a greater degree of manned-unmanned teaming operations and, of course, saving money by being able to use vehicles they already have. ONR’s “swarmboats” technology, for instance, adapts a variety of normally manned craft to unmanned use. The Army is doing the same with ground vehicles.

The AACUS demonstration raises the bar. “AACUS gives revolutionary capability to our fleet and force,” said Dennis Baker, AACUS program manager. “It can be used as a pilot aid to operate in GPS and communications-denied arenas, or allow fully autonomous flights in contested environments–keeping our pilots and crews out of harm’s way.”