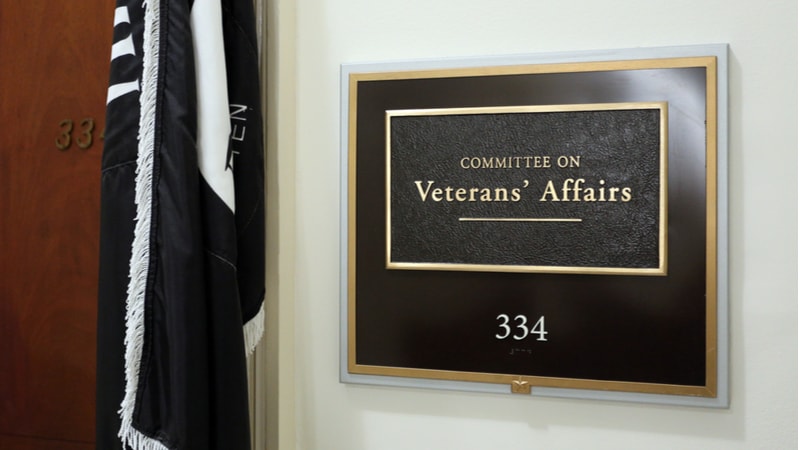 Members of two House Veterans Affairs subcommittees sharply criticized Department of Veterans Affairs (VA) officials at a hearing on Wednesday, May 23 for the agency’s failure to keep up with expanding IT requirements for VA’s popular Caregivers program, which provides a range of services for post-9/11 wounded veterans.

Members of Congress doled out criticisms at a joint meeting of the House Veterans Affairs Subcommittee on Health, and Subcommittee on Technology Modernization, which examined the program’s past failures but also looked toward future expansion of the program under the MISSION Act.

The Caregivers program – which provides stipends, community support, and training resources for family caregivers of veterans who received their wounds on or after 9/11 – earned broad praise from subcommittee members. But the program’s undersized IT system, and multiple failed efforts to replace that system over the past eight years, drew harsh criticism, especially in light of other VA IT projects that have encountered difficulties.

“At what point will the VA fix the systematic problems on how it buys, implements, and manages IT?” asked Rep. Susie Lee, D-Nev. “Repeatedly making these same mistakes is frustrating to everyone involved, and also damaging to the very people we intend to help.”

Currently, the Caregivers program is supported by Caregiver Application Tracker (CAT), which was developed in 2011 but has been the subject of scrutiny since then, including in a 2014 Government Accountability Office report that found the Caregiver Support program office was not easily able to view data on workload trends, and data reliability issues. The GAO report also noted that CAT was designed to handle 5,000 caregivers, but the program grew to 20,000 active caregivers, straining system resources.

In the wake of the 2014 report, VA concurred with GAO’s recommendation to acquire a more capable system – but nearly five years after the report’s release, the agency has been unable to replace the system. The department launched an effort in 2015 – called CAT Rescue – but that attempt was plagued  by delays and errors, and was terminated in April 2018 with no new capabilities added. VA also launched an effort in 2015 to replace the system – called CareT – but after poor user acceptance testing, the agency decided to scrap the system in February of this year.

The MISSION Act, passed in June 2018, expands the Caregiver program from post-9/11 veterans to all veterans. However, the MISSION Act also acknowledges the failures of previous program IT systems, and holds off on implementation of the expansion until the IT systems are in place to handle it.

With two failed development efforts, VA decided to implement a new system based on Salesforce technology. Titled the Caregiver Record Management Application (CARMA), the system is currently under development and is expected to be released in phases, with phase 1 scheduled to replace the existing CAT system in October.

In light of the past failed efforts, subcommittee members expressed skepticism about the latest bid to fix what ails the program.

“It’s unacceptable that five years have passed [since the GAO report], and the program still doesn’t have the IT system that it needs. That absence is even more concerning given that Congress required the VA to expand the Caregiver program to family caregivers of veterans of all years,” said Rep. Neal Dunn, R-Fla.

Dr. Alan Constantian, deputy CIO at VA, told Congress that the new CARMA system is slated to replace the CAT system in October, with additional functionalities expected in later phases. But with the timeline for the full rollout of the IT system still unclear, the schedule for expansion of the Caregivers program remains unclear, upsetting some members of Congress.

“I think if our veterans were sitting here today, they would say ‘Wow, this is a program that is replete with waste, mismanagement, and poor performance,” said Rep. Andy Barr, R-Ky.

The shift to a commercial system also brought some concerns from GAO. Carol Harris, director for IT acquisition management at GAO, noted that VA had not followed best practices in the past, and said a report on the current effort is expected in the fall. She shared nine critical factors underlying successful IT acquisitions, calling out one in particular.

“VA has historically developed its systems in-house … and acquiring a commercial product will require a different set of skills that VA should ensure it can adequately bring to bear,” said Harris.