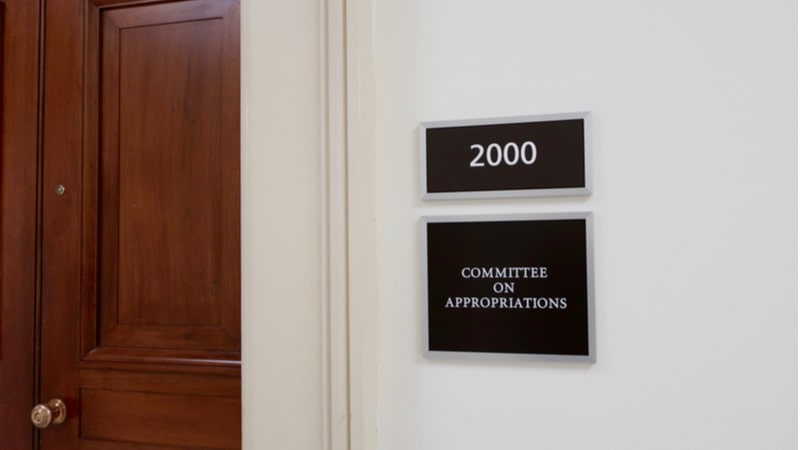 The House Appropriations Committee this week approved its defense funding bill for fiscal year 2021 on a vote of 30 to 22. The bill includes $694.6 billion in new discretionary spending authority for the Department of Defense, and a slight decrease in funding for research, development, test, and evaluation (RDT&E) of new technologies.

The approved bill also comes with several amendments to curtail congressional Authorization for Use of Military Force (AUMF). The Defense Subcommittee approved the base bill by voice vote on July 8 in a closed session. During the full committee markup, Rep. Barbara Lee, D-Calif., added three amendments to end authorizations for war to the bill, which were adopted.

The defense bill approved by the full committee on July 14 is not one of the four subcommittee bills included in “minibus” legislation that is expected to be considered on the House floor next week.

A provision in the bill’s report requires the Director of the Joint Artificial Intelligence Center (JAIC) to provide the congressional defense committees with an inventory of all significant artificial intelligence activities in the Department of Defense (DoD). The inventory is required to include the annual funding requested for the next five years, an identification of academia and industry mission partners, and the source of funding for each activity.

Among Rep. Lee’s amendments, one would block the president from starting a war with Iran without express authorization from Congress and was added to the bill in a vote of 30 to 22. Despite numerous attempts over the years, including House passage of the repeal of the Iraq authorization earlier this year, amendments related to ending authorization for military actions in Iraq have not yet been made law.  “It is far past time to bring almost two decades of nonstop war to an end,” said Rep. Lee, in a statement.