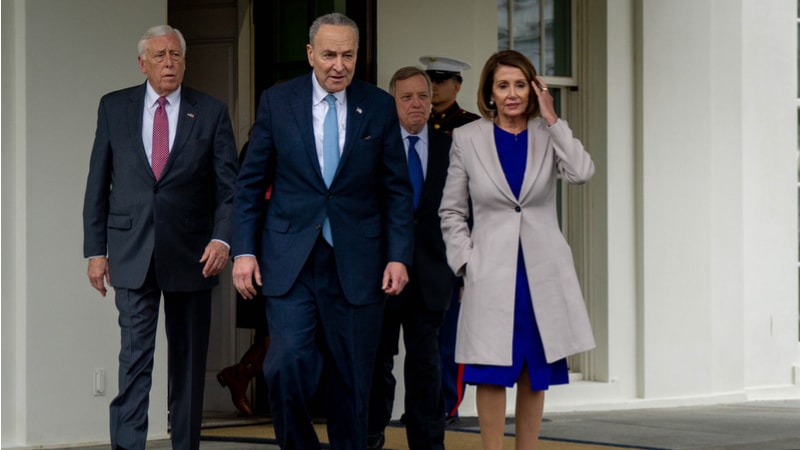 The Democratic Party’s top leaders in the House and Senate today proposed a $500 billion interim emergency coronavirus relief bill as a prelude to the next jumbo-sized relief measure that could rival the size of the $2 trillion CARES Act legislation signed by President Trump late last month.

“After we pass this interim emergency legislation, Congress will move to pass a CARES 2 Act that will extend and expand the bipartisan CARES Act to meet the needs of the American people,” the two lawmakers said. “CARES 2 must provide transformational relief as the American people weather this assault on their lives and livelihoods,” they said.

Based on recent legislative efforts, the proposed CARES 2 legislation might offer the potential for a proposed increase in the Technology Modernization Fund (TMF), which exists to finance Federal agency IT modernization efforts.

As the first CARES Act was being debated, House Democrats were crafting an alternative measure that included a massive $3 billion infusion into TMF that would remain available until 2022 and provide funding for “technology-related modernization activities to prevent, prepare for, and respond to coronavirus.” By contrast, TMF has received new funding of $25 million per year in the last two fiscal years.

The Democratic alternative bill never came up for a vote last month as both parties agreed to the CARES Act, but the CARES 2 bill discussed today by Pelosi and Schumer bears close watching to see if the TMF item makes a return.