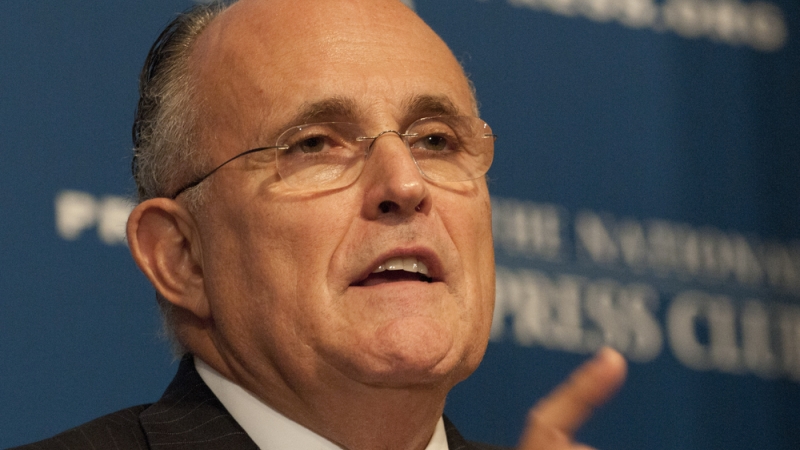 Former New York City Mayor Rudy Giuliani went on Fox & Friends on Thursday morning to announce his endeavor to coordinate a cybersecurity team on behalf of the incoming Trump administration.

“The president-elect decided that he wanted to bring in, on a regular basis, the people in the private sector, the corporate leaders in particular, the thought leaders, who were working on security for cyber,” Giuliani said. “Because we’re so far behind.”

President-elect Donald Trump announced Wednesday, at his first news conference since the election, that he expects an intelligence report on hacking within 90 days. Trump also said that in order to crack down on cybersecurity attacks on the United States, he has compiled a team of “computer people” to discuss security procedures. Trump didn’t explain any specific policies that he or the team were working on.

“The answer to cybersecurity is going to be found in the private sector,” Giuliani said.

Trump met with top technology executives at Trump Tower last month, including Tesla CEO Elon Musk, Alphabet CEO Larry Page, and Amazon CEO Jeff Bezos. They discussed border restrictions, job creation, and trade. However, Trump hasn’t completely won over the Silicon Valley leaders, who opposed his campaign during the election. Apple CEO Tim Cook said that he only attended the meeting to “stand up for what we believe in” on human rights, privacy, security, and the environment.

“So the idea here is to bring together corporate leaders and their technological people. The president will meet with them on an ongoing basis as well as anybody else in the administration,” Giuliani said.