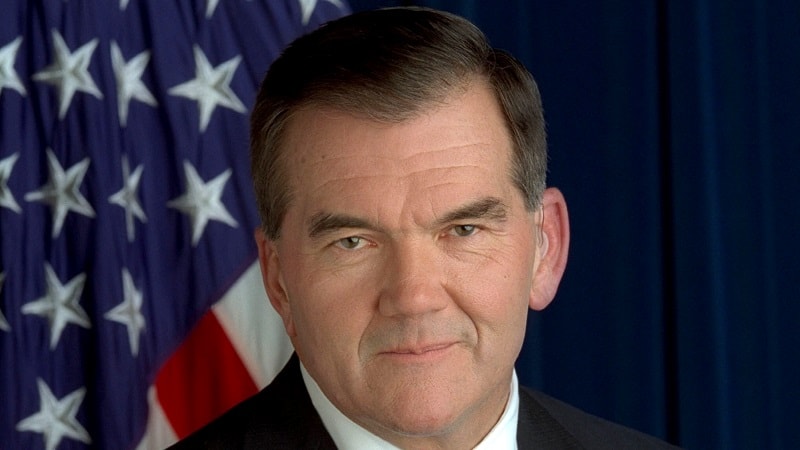 Former Department of Homeland Security Secretary Tom Ridge said today that DHS has “become a political piñata” in Washington since his time as the agency’s head, even as the scope of the work and associated challenges have grown across the Department’s vast range of component agencies.

“You’ve got a problem with immigration, let’s blame DHS. You’ve got a problem at the airports, it’s TSA, it’s DHS,” Ridge said at a GovernmentCIO Media event. “It’s the favorite whipping post for the Congress of the United States. And only until they’re able to reduce the jurisdictional oversight of the department, and get people who understand how it’s all connected, will we ever be able to maximize the collective energy, effort, and intellect of the department.”

Ridge became the first-ever DHS Secretary when DHS became a cabinet-level agency in January 2003. Prior to that, Ridge was the first-ever assistant to the president for Homeland Security, beginning in 2001 in the wake of the 9/11 terrorist attacks. He also served as governor of Pennsylvania for the 16 years prior.

His strong words today underscored a firm belief that the work at the agency has become even more difficult and possibly more obstructed by lawmakers.

“I thought I had a tough job, I think my successor’s job has been more complicated than mine,” he said. “The challenges at DHS have just grown exponentially.” He attributed much of that difficulty to interactions with Congress, and difficulty getting the Department arranged in a satisfactory way.

Evidence of that may be found in the long-stilted effort to establish in name a national cybersecurity agency out of one DHS component, where proposed legislation sat idly for multiple years until a notable breakthrough on Wednesday.

Ridge keyed in further on DHS’ difficult role–citing an expanse of threats in cyberspace, which he called the “fifth theater of war.”

“We all know who the actors are, your nation-states, your hacktivists, your organized crime. Frankly, some of them are devoting more assets than we do in this country, at least on a government level,” he said, adding that with the proliferation of billions of Internet of Things devices, “everyone is a potential point of access.”

“They’re probably already in most of the networks, looking for that vulnerability,” Ridge said of America’s cyber adversaries. “The barbarians are no longer at the gate. They’re exquisitely concealed.”

Ridge primarily expressed that government would need to solve its cybersecurity workforce shortage through more concerted efforts to leverage the private sector, perhaps with some “pay structure variable” to attract talent.

Defense Department officials recently pushed for the same sort of pay flexibility in discussions with Congress about workforce deficits. The Office of Personnel Management is also reportedly aiming to cut down on the length of bureaucracy in the cyber worker hiring process.

“I think we have to be very creative in terms of how we can embed some of the private sector people, with private sector pay, into these operations to help us build out,” Ridge said, calling the conflict in cyberspace “a permanent condition.” He said that while “we haven’t declared a war,” the climate is simply that grave.

“The digital sun will never set, it’s just going to get hotter,” he said.