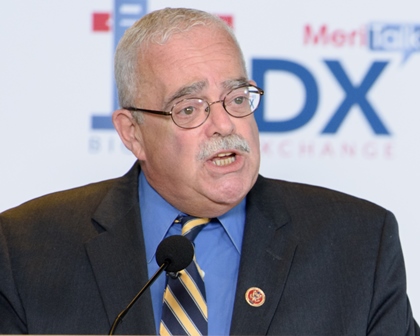 “We’ve got to seize the moment,” said Steve Harris, vice president and general manager of Dell Federal Systems. “The initial momentum is fantastic, and so the ability then to create some early successes will continue the momentum.”
Agencies need to move quickly to take advantage of that momentum, said Walker White, president of BDNA Solutions.

Congress approved FITARA in December 2014 to lower the Federal government’s estimated $80 billion in annual IT spending, giving CIOs much greater authority over spending within their agencies.

FITARA’s predecessor, the Clinger-Cohen Act, is widely viewed as a failure. By contrast, many Federal CIOs are embracing FITARA because of its potential to improve Federal IT because of the authority it hands to CIOs.

“I can’t imagine that (FITARA) isn’t the gold standard as we go forward,” said Milo Speranzo, director of strategy and compliance at Tech Data. “We really believe FITARA is here to stay for years and years.”

“The CIO’s job is a very, very difficult job, no matter where you are, whether that’s in the commercial sector or other areas in the public sector,” Harris said. “When the CIO’s not empowered, it’s an impossible job.”

FITARA also represents a groundbreaking change because of the transparency it requires, said Steve Cooper, CIO, Department of Commerce.

Agencies must post their implementation plans once the Office of Management and Budget (OMB) approves them. The plans identify the steps agencies are taking to meet the law’s common baseline, a set of standards that address budget formulation, budget execution, acquisition, and organization and workforce.

Just two agencies – the Department of Agriculture and National Science Foundation – have posted their implementation plans. But Bill Zielinski, of the OMB’s agency oversight team, said he expects OMB to complete its review of all agencies’ implementation plans by the Dec. 31 deadline.

“Our goal is absolutely to work with agencies to get to approval by Dec. 31,” Zielinski said. “In taking a look across the board at all the plans that have come in, my reaction is that I think we’re going to get there for the most part.”

The House Oversight and Government Reform Committee also contributed some visibility when it outlined numerous shortcomings last months in efforts by Federal agencies to implement reforms in FITARA. The committee issued F and D letter grades to 17 agencies because of missed opportunities to cut costs and meet other benchmarks.

Those scorecards were never intended to represent a scarlet letter, Rep. Gerald Connolly, D-Va., said in a keynote address at MeriTalk’s FITARA Forum.

Rather, they are intended to help chart the progress of agencies, he said, and now it’s time to make progress in cutting IT costs through data center consolidation and other efforts, the congressman said.

“Right now we have a consensus like you have in almost no other arena,” Connolly said. “OMB is on board and doing a great job trying to implement this. The private sector is excited about the opportunities, and I think there’s a lot of energy and enthusiasm within the Federal family. And we have a consensus on the Hill. You don’t have that kind of moment very often in this town on anything, so let’s take advantage of it.”