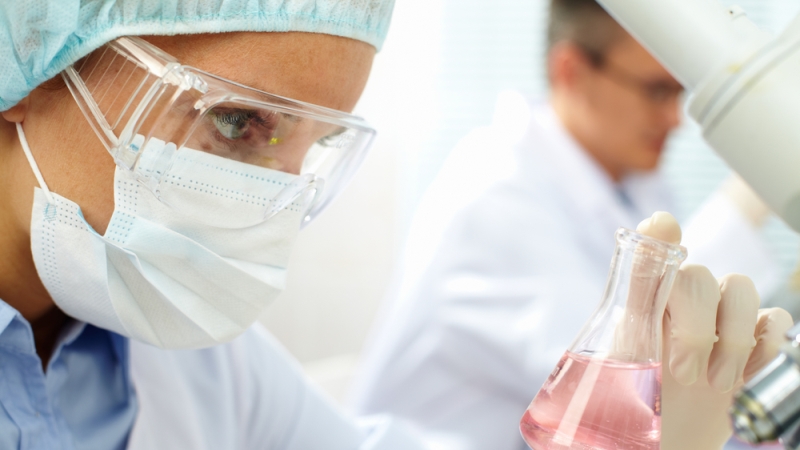 From 2010 to 2020, STEM-related employment is projected to increase by 16 percent to more than 8.5 million jobs, according to the White House Council on Women and Girls. As early as 2018, the United States faces a skills shortage of 230,000 STEM employees, explains a CBS News report.

However, the National Student Clearinghouse Research Center found that the number of women obtaining science, technology, engineering, and mathematics (STEM) degrees is stagnant.

“We wanted to explore women’s experience in STEM to discuss how we can help build a more inclusive and engaging environment, while contributing to a stronger female STEM pipeline,” said Aletha Noonan, vice president of higher education, CDW-G.

In an interview with MeriTalk, Amelia Martin, an associate at Wells + Associates, a transportation and traffic engineering firm, offered her own experience as a female engineering student at George Mason University’s Volgenau School of Engineering.

CDW-G surveyed both women in STEM, as well as former female STEM students. The survey found that greater encouragement from teachers is essential for fostering more female interest in STEM fields.

“I was actually pleasantly surprised with how many female role models there were in my university program. The dean of our department and our undergraduate dean were both women, along with one of my favorite professors being a woman,” Martin said.

Additionally, students who either plan to graduate or have already graduated with a STEM degree were two times as likely to have a female STEM mentor than female students who ended up leaving the STEM field without a degree, according to the survey.

“Especially now that I have transitioned into the workforce, I feel the message I often receive is that if I am going to work in STEM as a woman, I need to be exceptional–not just ‘good,’ ” said Martin. “While it is amazing to have women in positions of leadership in university programs, it’s also important that young women have mentors. Role models are important to inspire us, but mentors get down in the weeds with us and show us it’s OK to make mistakes while we learn and grow.”

The survey also found a concerning trend. Sixty-three percent of respondents report struggling with confidence in STEM. While Martin, didn’t report a lack of confidence in STEM, she did highlight stressors that are unique to female STEM students.

Tying back to the idea that she needed to be “exceptional,” rather than just “good,” Martin explained, “I often felt I didn’t want to disappoint the female leadership in my program, which added undue stress to my studies.”

Martin also cautions that men must be part of the solution when it comes to engaging women in STEM–and university programs need to consider how best to communicate to female STEM students to make them feel welcome.

Martin recounts an incident where she was the only female in a class of roughly 30 people.

“We had an outside speaker come in one day and he made reference to the fact that I was the only female,” she said. “He said that the women he’s worked with are always more organized, motivated, and prepared and that they are very often better than their male peers. While I know he meant well by this compliment, it did make me uncomfortable. I already stuck out in the class and now it felt like there was a target painted on my back.”

“Getting more women into STEM is important,” Martin said. “Female mentors are a good start, but I believe other integrated approaches must be part of the solution to get male and female STEM minds working together.”