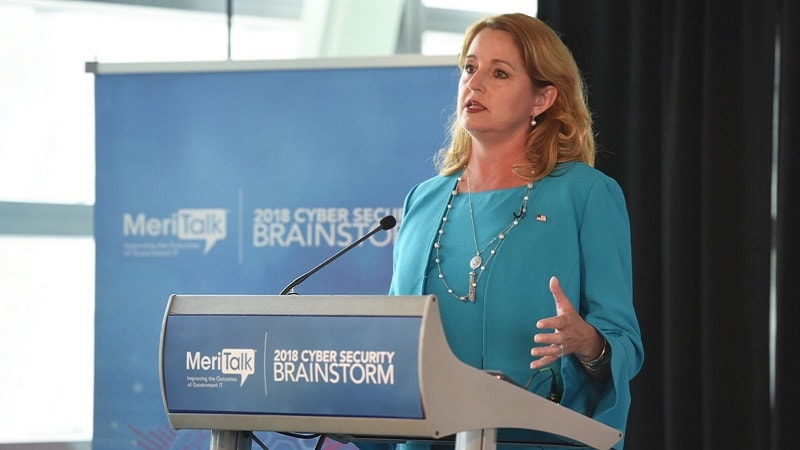 Federal CIO Suzette Kent this morning announced the creation of the Federal Cyber Reskilling Academy–a joint effort of the Office of Management and Budget, the Department of Education, and the Federal CIO Council Workforce Committee–to kickstart the Federal government’s efforts to address gaps in the Federal cybersecurity workforce and help retrain Federal employees.

“You have heard us talk about dedication to reskilling, but this is our first initiative. And so, this inaugural class and first program is going to be made up of current employees who don’t work in the IT field, and it’s an opportunity to provide them with necessary training to qualify as cyber defense analysts,” Kent said.

The program, open to applicants from now until January 11, will aim to reskill around 25 current Federal personnel through a combination of classroom and in-the-field training in Washington D.C. Those interested in the program can submit an application through CIO.gov/reskilling. The application includes questions about why an applicant wants to participate, and each applicant will complete an assessment to see how their skillset matches up with the skills needed in cybersecurity roles. If accepted, academy participants will complete a three-month training program from March to June, and complete a certification exam at the end of the program.

The new academy expands on OMB’s efforts around cyber reskilling. Identified in OMB’s government reform plan as an opportunity to address the cyber workforce gap, reskilling is aimed at employees “whose skills have become less relevant due to automation,” as the reform plan states.

“The Reskilling Academy provides an excellent opportunity for our Federal employees to learn new skills and to gain access to one of the fastest growing job fields in the country,” said Betsy DeVos, secretary of education.

For those already inside the IT department who want to participate, other reskilling efforts are just over the horizon.

“This is the first of many reskilling efforts that the administration is exploring,” said Kent. “In addition to this, we also plan to have a cyber reskilling pilot for Federal employees, including those who have an IT background. We are offering an opportunity in robotic process automation learning, in our efforts associated with shifting low-value to high-value work, and we’re also going to focus on some particular areas for those already in IT and cyber to continue to build executive leadership skills.”

According to the program’s website, “the next cohort in Spring 2019 will be open to IT professionals.”