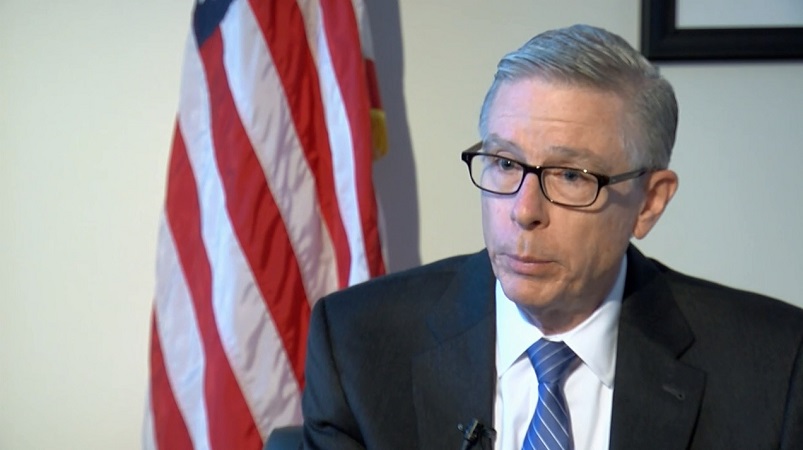 Charles Phalen, director of the National Background Investigations Bureau (NBIB), said today at an event hosted by Nextgov and Equifax that he supports a proposal in the President’s government reform and reorganization plan to move NBIB “in its entirety from the Office of Personnel Management into the Department of Defense.”

“I think in the long-run, this is a much better solution and will keep us able as an organization, as a tech organization, to stay focused on what is most important,” Phalen said.

At the time of its formation, NBIB was placed under OPM management, but the White House declared in its executive order forming the bureau that DoD would build out NBIB’s IT system and direct cybersecurity, IT function and design of the agency. And in the FY2018 National Defense Authorization Act, Phalen said Congress instructed DoD to “take back” completely its portion of background investigations–roughly 70 percent of NBIB’s business.

Phalen said today that continuous discussions with DoD on how to properly “bifurcate” NBIB and “continue to make it work” didn’t come up with the appropriate solution. “The truth is that split would’ve been debilitating, distracting, and frankly pretty counterproductive,” he said.

As a result, the White House reorg plan’s instruction is to move NBIB completely into DoD–encompassing all of the organization’s people, facilities, assets, and workload, Phalen said. “Our goal here really is to be one team, no speedbumps, and we are proceeding at pace with that sort of direction.”

Phalen added that the initial DoD buildout of NBIB’s IT included very dated systems. He said the Pentagon is working to develop a new National Background Investigation System that “will underpin whole-of-government investigative and vetting processes,” improve ingest and data sourcing, and create a reliable “permanent record” that will be “critically important” for the Federal government to achieve a system of “continuous evaluation and continuous vetting.”

Phalen called it a “phased development” but said that a large contract for a case management system– referencing a $49 million Other Transaction Authority award announced last month by the Defense Information Systems Agency–represents a strong mid-point.

DoD said in its FY2019 budget justification that it expected the new system to reach full operational capability by September 2019, and estimated costs of more than $100 million for each fiscal year through FY2023.

Phalen reinforced the idea that NBIB’s full functionality may not come right away. “I would say it can’t come fast enough, but it is not going to come in the next year or so, it’s going to be built out over time,” he said.