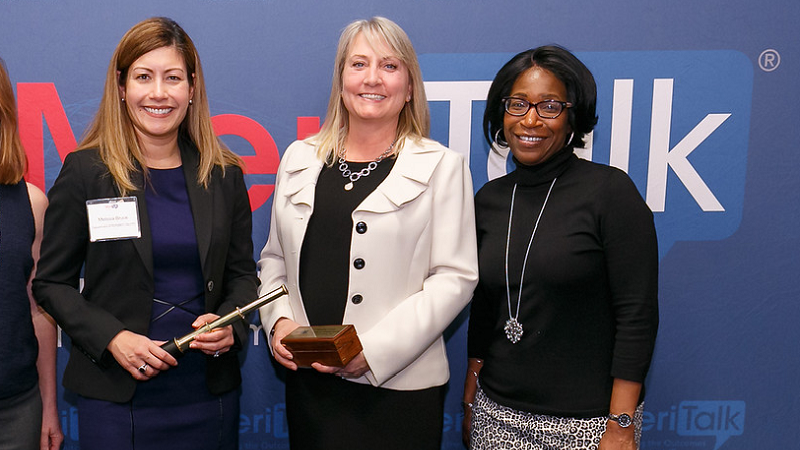 The Department of Homeland Security (DHS) is leaning into the benefits of working remotely and planning tech advancements to adapt to the new operating model as it moves forward, Deputy CIO Beth Cappello explained at MeriTalk’s Lessons from DHS: The Mission Can’t Stop webinar on August 12.

DHS jumped from an average of 10,000 remote workers each day to 50,000 during the pandemic to mitigate the spread of the virus. Now, Cappello said that the agency is embracing its remote posture for the long haul.

“As we move forward, we’re going to have to treat this remote posture as our new operating model,” Cappello said. “In order to do that, we have to not only do cloud adoption, we have to increase our bandwidth at many of our remote locations and do some simplification and updating in the core architecture for our wide area network.”

At her agency, Cappello said that most long-term projects have continued without pause despite the pandemic stressors. All items that were planned to be completed in normal times, according to Cappello, have continued “without a hitch” – including several large contracts and infrastructure improvements.

She credited tech modernization, such as cloud adoption, for supplying the agency with the collaboration and other tools necessary to succeed. Cappello specifically applauded cloud adoption to host DHS email as a key part of the agency’s telework transition.

“Had we been in the legacy on-prem email solution, we would not have had nearly the success and, frankly, we wouldn’t have had the collaboration tools available to us that we do today,” the deputy CIO admitted.

Looking at trends across the government, Pure Storage Federal CTO Nick Psaki added that data management – along with cloud adoption – has proven to be a critical aspect of COVID-19 response and switching to telework.

“Connectivity, security, and data service availability have proven to be fundamental to mission success,” he said. During the pandemic, he continued, “We’ve been able to prove that the vision of cloud for the government’s future is not only real but it’s accessible today and it’s affordable.”

While DHS has been realizing the benefits of the cloud, it’s also still adjusting to what that environment looks like in the remote workplace. “DHS has already implemented a hybrid cloud strategy,” Cappello said. “What we’re doing right now [is prioritizing] the operations model and how that changes in this new environment. One of the things the multi-cloud posture introduces is seams.”

Cappello continued that DHS is looking to secure those gaps from a whole-of-enterprise perspective that keeps that entire environment resilient. Guidance, such as the recently released Trusted Internet Connections (TIC) 3.0 documents, are helping boost resiliency by ensuring secure data sharing between DHS components, she said.

Stephen Kovac, vice president of global government and head of corporate compliance at Zscaler, praised DHS, the Cybersecurity and Infrastructure Security Agency (CISA) and the Office of Management and Budget (OMB) for their commitment to TIC 3.0., and for their forward thinking in releasing the final guidance on telework during the pandemic. This move enabled agencies to take advantage of much-needed solutions such as cloud-based secure web gateways and Zero Trust Architecture to support remote work safely while meeting the 3.0 guidance.

Kovac advocates for a zero-trust approach to keep networks like DHS’s secure.

“Zero trust seems to be the solution … The problem with that is a lot of the agencies aren’t ready for it,” he said. Procuring zero trust solutions and overcoming the lack of untethered internet connections, Kovac explained, are two areas that government is still working through.

The Continuous Diagnostics and Mitigation (CDM) program administered by CISA is another security effort that Cappello applauded for its value particularly during the pandemic. She said CDM was “foundational” to government security success before COVID-19, and now agencies are seeing even more benefits.

DHS and other agencies are still struggling with some other telework adaptations. Cappello said that the agency hasn’t quite “cracked the nut” on how to print and fax agency documents in the remote environment. Looking ahead, securely digitizing paper processes will be the agency’s next project, she said.

For more, view the on-demand webinar.