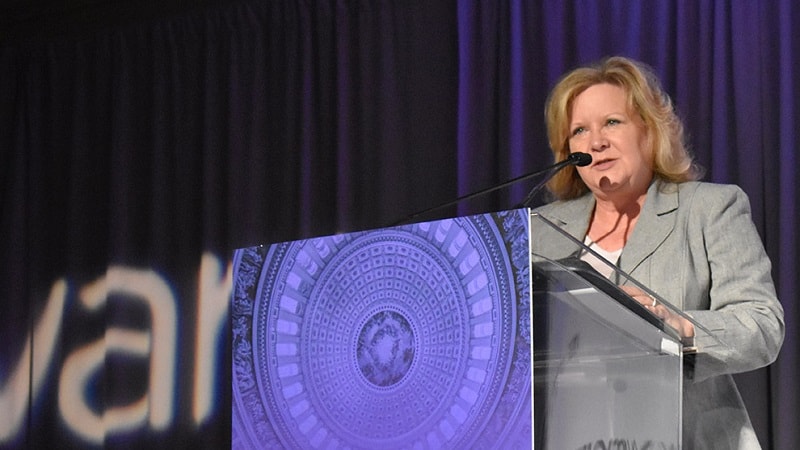 The newest round of Technology Modernization Fund (TMF) awards came after the TMF board reviewed more than 40 proposals from agencies looking to win funds from the program, according to Federal Deputy CIO Margie Graves.

On Thursday at Government Marketing University’s GAIN Conference, Graves spoke on the maturation of the TMF pipeline, and provided detail on the societal significance and mission impact of one of the new TMF projects at the Department of Labor (DoL).

“In less than six months of the existence of this fund–this is how rapidly this has moved–the board has received and reviewed 40-plus proposals, totaling over $425 million, and has awarded approximately $70 million of the allotted funds,” Graves said.

In the newest round of funding, DoL received $3.5 million in TMF funding for a project referred to as “Visa Application Transformation.” Graves explained that “one of the particular issues that was facing the Federal government from a mission-space standpoint was the dearth of temporary workers available in the summer, for agricultural and other uses that are seasonal, and how you source those individuals, and how the Visa process was broken.”

The crux of the problem, she said, was that the government “couldn’t transfer data effectively and electronically between Department of Labor and Department of Homeland Security and the State Department.”

DoL was using costly certification documents, printed on specialized security paper, which it was sending via overnight mail to employers looking to hire seasonal workers. The employers would in turn need to mail those applications to DHS’ U.S. Citizenship and Immigration Services.

The new project appears to be aiming for substantial mission impact on a relatively small amount of funds–at $3.5 million, DoL’s project is the smallest TMF award to date. But the intended goal is to slash costs on printing, mailing, and notably, cut down on manual processes, as the visa process had been long and cumbersome.

By axing those paper documents and implementing an E-Certification process, the project has a clear focus on improving citizen services, a stated goal of the Federal government’s modernization initiatives. The project will also “streamline and improve data accessibility and reporting capabilities by creating a data hub at the Department of Labor to securely transmit the Labor Certification and other necessary documentation to USCIS,” according to TMF officials.

She noted that TMF applications continue to be accepted on a “rolling basis” and encouraged Federal marketers to “tell the story” when their partners in government are able to win TMF funding or execute other key modernization initiatives.