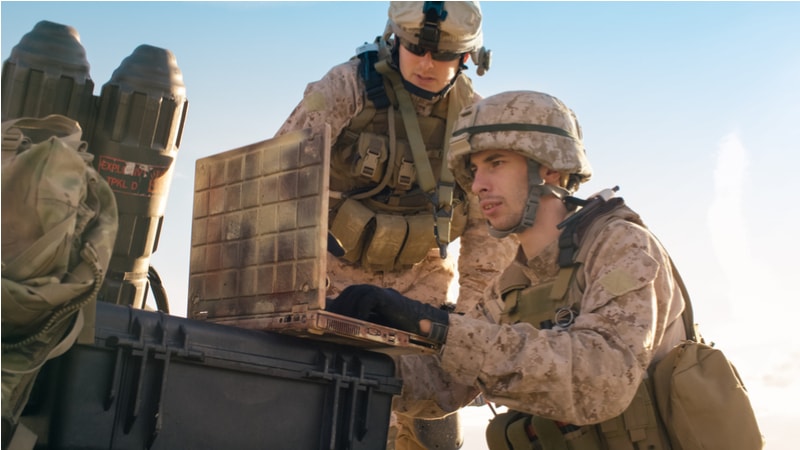 Current and retired Defense Department IT officials today discussed cost and opportunity implications of further cloud adoption by the military and potential payoffs including acceleration of artificial intelligence (AI) technologies.

Speaking at the Cloud2020 event organized by DefenseNews, John Hale, chief of the Defense Information Systems Agency’s Cloud Portfolio Office, said he wants to make sure that commercial cloud capabilities are running in the Defense Department within 15-18 months, and to “make sure we complete the mission” using commercial services.

Hale said the buzz around cloud several years ago involved potential cost savings, but that currently the bigger charm points for DoD involve agility and elasticity. “Cost is not really brought up anymore” as a major objection, he said.

Jason Martin, services directorate executive of DISA’s Operations Center, said some of the first benefits of cloud adoption were under the headings of “small, quick, and agile,” but that lately some of the DoD services, in particular the Army, is starting to undertake movements of bigger systems to the cloud.

That trend, along with the ability to use platform-as-a-service cloud offerings, will help bring the cost of cloud adoption and usage down, Martin said.

Retired Gen. Steven Boutelle, former Army CIO and now a MITRE senior visiting fellow, said that under “strict” calculations of return on investment, “it does not always make sense to go to the cloud.”

Hale added that “lift and shift” moves of existing operations to the cloud won’t save money, but that services will save money over the long haul by taking advantage of a full range of cloud service features and capabilities.

He also acknowledged that vendor lock-in was seen as a risk in cloud adoption but predicted that over the next few years there will be “hundreds” of small companies that will facilitate vendor changes by cloud users. “Don’t worry about vendor lock-in, just do it,” he advised.

“We need to be more like Special Forces,” said Martin, adding, “Do the prototype and go…Really change the mindset.”

Further on the cost front, Hale said that cloud infrastructure-as-a-service cost improvements have been substantial as DoD undertakes further adoption, but that DISA also has to pass along other costs to the service branches including security and labor costs.

Hale added that security of data and applications in the cloud “is what keeps me up,” in part because security threats are more dynamic.  “I worry about the security side of things, not the capabilities,” he said.

He said DISA was discussing “right now” ways to lower the cost of cybersecurity in the cloud in order to make DISA cloud services more economical to the services.

“It’s an unresolved question,” he said, and suggested that the military needs to work with industry to try to make progress on it.

Boutelle argued that DoD needs to accelerate adoption of transformative technologies like cloud and AI in order to keep ahead of tech advances by major adversaries Russia and China, who he said are quickly playing “catch-up” with the U.S. when DoD displays new technological advancements on the battlefield.

“They are fast followers,” he said of the major nation-state adversaries, who quickly build “smaller, faster, cheaper” technologies once they’ve had a look at U.S. advances, especially those based on open-source technologies. “Russia has taken exponential leaps in the past five years” because of this, he said, adding, “We take a tremendous beating in what we show the world.”

“DoD is driven by that, but the rest of the Federal government is not,” he asserted. Civilian agencies, he said, feel less urgency to ramp up cloud services and instead need to be shown reference models that show evidence of ROI improvements.

DoD, he said, is playing “catch-up,” but can be successful in that effort – “a lot by cloud, and a lot by AI through the cloud–it’s a great multiplier.”

Boutelle said AI was beginning to climb the “slope of enlightenment” in Gartner’s technology hype cycle, and is “starting to have value, it is starting to mimic the human brain.”

Regarding sophistication of AI technologies, he said, “We are getting there, but AI can only learn certain behaviors,” and is unable to provide attribution for its decisions. “We can’t ask the computer why did you make that move, but we are getting there.”

Despite advancements in the technology, “we are far from productivity in the AI world,” he said.  He also voiced concern about the ability to misdirect AI technologies by feeding them bogus data. “What if someone injects one piece of bad data, what does AI do with that,” he asked.