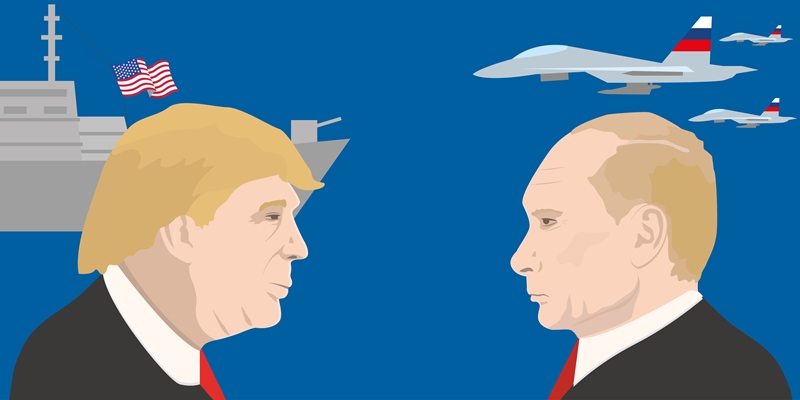 According to a new declassified report from the leaders of the intelligence community, Russian President Vladimir Putin “ordered” an effort to influence the U.S. election and “denigrate” Hillary Clinton.

“Russia’s goals were to undermine public faith in the U.S. democratic process, denigrate Secretary [Hillary] Clinton, and harm her electability and potential presidency. We further assess Putin and the Russian Government developed a clear preference for President-elect Trump,” the report states.

“We also assess Putin and the Russian Government aspired to help President-elect Trump’s election chances when possible by discrediting Secretary Clinton and publicly contrasting her unfavorably to him,” the report states. “While the conclusions in the report are all reflected in the classified assessment, the declassified report does not and cannot include the full supporting information, including specific intelligence and sources and methods.”

The nation’s top intelligence officials, including Clapper, CIA Director John Brennan, and FBI Director James Comey, briefed Trump about their conclusions at 12:30 p.m. ET on Jan. 6. In the past, Trump has expressed skepticism over Russia’s involvement in the election, tweeting that the briefing was postponed to Jan. 6 so “Intelligence” officers would have more time to build their case.

While the recent report tracks Russia’s cyber activity during the presidential campaign, it also reveals that Russia’s activity goes back as far as 2008. The report does not speculate on whether Russian interference affected the outcome of the election.

Although Trump called his meeting with the intelligence officers “constructive,” he stated that Russian hacking had no effect on the result of the election. In a statement released after his meeting with intelligence leaders, Trump said that U.S. government organizations and businesses need to strengthen their cybersecurity efforts.

“While Russia, China, other countries, outside groups and people are consistently trying to break through the cyber infrastructure of our governmental institutions, businesses and organizations including the Democrat National Committee, there was absolutely no effect on the outcome of the election, including the fact that there was no tampering whatsoever with voting machines,” Trump said in a statement after the meeting.

This report is preceded by one issued by the Department of Homeland Security on Oct. 7, which revealed that the agency was confident Russia was responsible for the hack.