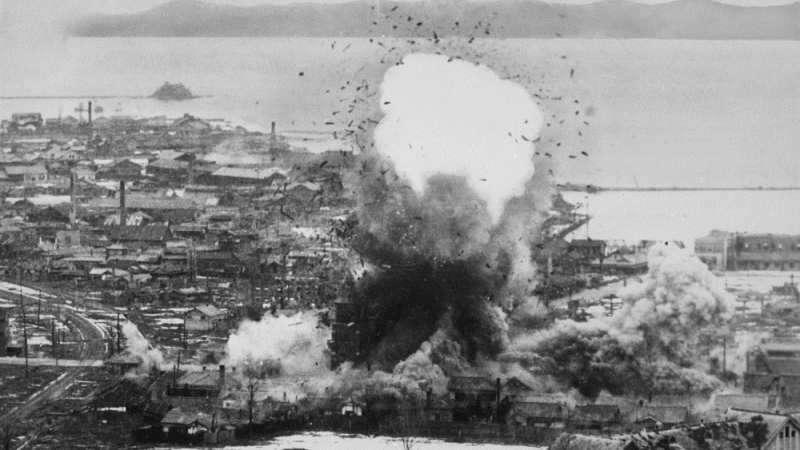 An aerial bombing destroys North Korean supplies during the blockade of Wonsan in 1951. Operation Fireball was the code name for a bombardment of the Wonsan area by the 5th Air Force from May through September 1951. (Photo: Evertt Historical/Shutterstock)

Through a new open data project, the Department of Defense (DOD) will make information on the Korean War publicly available for the first time on Dec. 19, and the Air Force major who helped design the portal said he looks forward to what civilians will do with this data.

Through a new defense open data project, Data.mil, DOD is making Theater History of Operations (THOR) data available on a large scale. Data.mil, a partnership between data.world and the Defense Digital Service (DDS), was announced on Dec. 14. According to Maj. Aaron Capizzi, Data.mil co-creator and U.S. Air Force program manager, the goal of the site is to gauge public interest in military data and create opportunities for members of the public to solve problems through the data.

Capizzi, who spoke at the Federal Data in Action Summit panel on data quality on Dec. 15, said that data sets need to come with a story to be engaging.

“The Department of Defense can seem intimidating,” Capizzi said. “It needs to be a story, because a download link excites very few people. We’re making the data seem more approachable.”

The THOR database includes information on historic aerial bombings from World War I through Vietnam. The data set contains geo-rectified bomb drops with 60 different data attributes. While data from the Korean and Vietnam Wars will be made available on Dec. 19, information from WWI and World War II is already accessible. This platform marks the first time THOR data from the Korean theater will be publicly released.  Data.mil allows people to visualize, analyze, and make queries about the military data.

The site was created in three months, for less than $10,000. Mary Lazzeri, site creator for DDS, described Data.mil as a “scrappy data upstart website.” Many Federal website launches can take up to two years; she said DDS and data.world wanted to create a site quickly, to act as an experiment in open data accessibility.

“We approached this as a race,” Lazzeri said.

Military data holds a wealth of personal and civic importance to some historians, Capizzi said. He also stated that family members can use Data.mil to discover details about their veteran ancestors’ missions. Researchers and historians can also use the information to learn more about aerial war fighting tactics during these wars, and study the impact bombings had on civilians in new ways.

“We really don’t know where this will go,” Capizzi said. “We hope that historical bomber data is just the start. We’re eager to find out how this goes.”