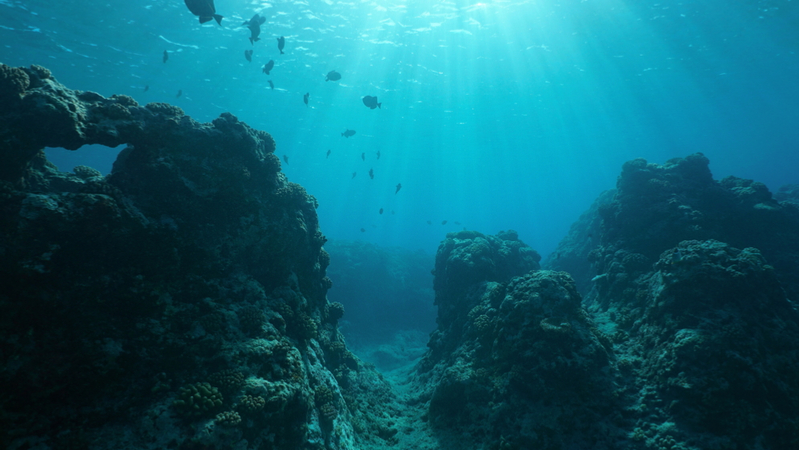 In a data scientist’s dreams, the Internet of Things (IoT) would cover the Earth. And in fact, that dream might not be that far off–ground-based sensors, unmanned vehicles, mobile devices of all kinds, and satellites already combine to offer a pretty clear picture of what’s going on around us, and the resolution is only going to improve.

But there is one blind spot when it comes to a comprehensive view of the world, and it’s a big one. The world’s oceans, which cover more than two-thirds of the planet, present a significant data collection and analytics problem. So in order to bring ocean data into the IoT fold, the Pentagon’s research arm this month launched the Ocean of Things program to find cost-effective methods of floating commercially available sensors around the world, and to collect and analyze their data via the cloud. The agency issued a Broad Agency Announcement (BAA) on Dec. 19 soliciting ideas for the program.

“It would be cost-prohibitive to use existing platforms to continuously monitor vast regions of the ocean,” said John Waterston, program manager in the Defense Advanced Research Projects Agency’s (DARPA) Strategic Technology Office. “By coupling powerful analytical tools with commercial sensor technology, we plan to create floating sensor networks that significantly expand maritime awareness at a fraction of the cost of current approaches.”

The oceans and seas hold vital meteorological and oceanographic information, but DARPA’s interest isn’t just environmental. The agency also is looking for algorithms that can autonomously detect, track, and identify nearby military and commercial vessels, as well as discern indicators of other maritime activity. The idea is to create an inexpensive, distributed sensor network made up of thousands of floats that would augment the onboard sensors ships rely on now, as well as aircraft and satellite communications that are subject to weather interference.

The Ocean of Things project is looking for ideas in two areas: float development and analytics. In the first area, it’s asking proposers to design an intelligent, rugged vessel that could house a passive sensor suite and withstand rough maritime environments for at least a year. DARPA wants the hardware to be made of commercially available components and cost less than $500 each in large-scale production of about 50,000 units, according to the BAA. The one-year time frame also requires that the floats be able to operate on low power. After completing its mission, the float would scuttle itself in the ocean, so it will have to be made of environmentally safe materials, be of no risk to vessels, and comply with regulations designed to protect marine life, DARPA said.

On the analytics front, the research agency is looking for cloud-based software and analytic techniques that could collect, process, and transmit data that will contribute to oceanographic and meteorological models, and report on the presence and activity of vessels nearby. The floats also would provide information on their own location and condition–including ocean temperatures and sea states–via a dynamic display.

DARPA hosted a Proposer’s Day for the program on Jan. 4 at the agency’s conference center in Arlington, Va. Responses are due by March 23.