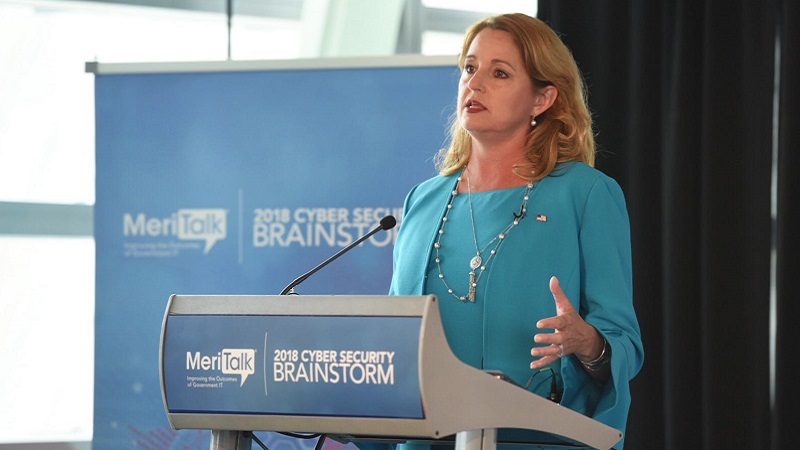 Federal CIO Suzette Kent said today at the FCW Cybersecurity Summit that continuous dialogue and attention on cybersecurity priorities are working to move the Federal government collectively in the right direction at a time when the need for unified effort is paramount.

“There’s been a vocal and consistent voice about the priority,” Kent said.

She stressed the importance of recent discussion about cybersecurity from all areas of the Federal government, and said teams are now “doing something about it every day,” and alignment across the Federal space is strong.

“There’s not many times that you have the Vice President, and senators, and agency leaders, and members of Congress all making our investments in cybersecurity, our interest in cybersecurity something that’s important, front and center,” she said.

Kent referred back to Vice President Pence’s statements at the recent Department of Homeland Security Cybersecurity Summit, and said new programs announced by DHS Secretary Kirstjen Nielsen at the summit are creating additional structure around the security effort and “continuing to elevate the dialogue.” She again referenced how that vocalization is a critical aspect of the process.

“We’re changing the way that we’re doing things, and we’re trying to move faster, and that’s about dialogue,” she said.

Kent said that those conversations, coupled with collaboration between agencies, are informing updated administration guidance on cybersecurity–which her team is continuing to work on.

“It’s an opportunity to continue to leverage better tools, both technology tools and practices, across our agencies,” Kent said, adding that new updates to policy will enable government “to make sure we’re in the best place to use what’s available to the industry.” If no one is using a cell phone they bought in 2008, Kent said, then the Federal government shouldn’t be using policy from that era as well.

She tallied a number of recent cybersecurity wins and subsequent Federal action steps–echoing comments made at MeriTalk’s Cyber Security Summit on August 2. And she stressed that the dialogue can’t cease, because the challenges won’t either.

“It’s a long list,” she said. “We have a full court press on this agenda, and we’re trying to tackle it from all sides.”