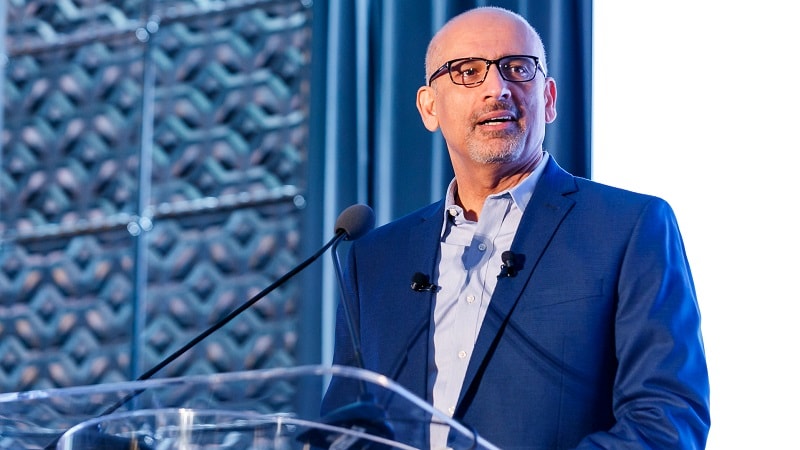 From the still-budding promise of automation technologies to the ever-growing threat of cyber vulnerabilities, partnerships both within the private sector and with the Federal government will shape the contours of large-scale IT advancement in the coming years, explained Yogesh Khanna, CTO at General Dynamics Information Technology, at GDIT’s Emerge event in Washington on Tuesday.

The GDIT Emerge event showcased not only top Federal IT leaders, but also what Khanna hailed as the company’s entire partner ecosystem – from the tech sector’s largest players to the emerging technology labs of Silicon Valley.

In his address to conference attendees, Khanna emphasized the critical value of the company’s partner ecosystem and GDIT’s ability to map the abilities of its partners to the mission needs of the customers the company serves.

“Government faces impossible challenges, but with the power of emerging tech and collaboration among the public and private sectors, we can overcome them,” the CTO said. “The hubris … is astounding that any one company has all the answers,” he added.

Advanced technologies like machine learning and artificial intelligence, he said, “are going to change that proverbial server stack we all talk about.”

Noting how Tesla automobiles are providing driver-assist features as a preliminary step to full-scale autonomous vehicle technology, Khanna said Tesla’s technology deployment was an indication that “we are starting to trust technologies.” He added, “That’s super-exciting, but it’s still a little scary, isn’t it?”

In that context, cybersecurity is vital to preserve basic technology function and prevent interruption of data flows, he said, emphasizing, “Cybersecurity must remain a part of the DNA of everything we do.”

Yet such concerns, he said, can’t serve to stand in the way of beneficial disruptions to the status quo. “If we don’t disrupt, we will be disrupted ourselves,” Khanna said.