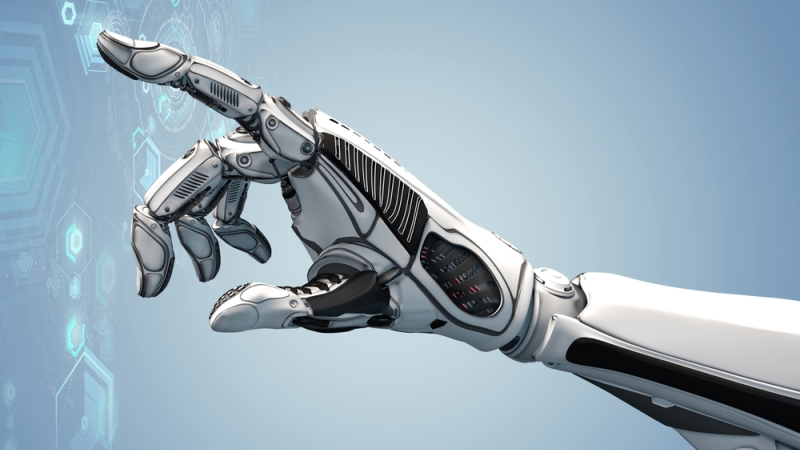 Your job may end up being done by a computer in the not-so-distant future, according to participants in a White House-hosted discussion on Tuesday.

The discussion addressed how the future of automation can provide many social and economic advantages, but could also be a major disadvantage for those who would lose their jobs to robots.

“There are fantastic things to be very excited about,” said Martin Ford, author of two books on the future of automation. He cautioned that increased automation could have major detriments for the labor market. “Almost any kind of work that is on some level routine and predictable is very highly susceptible to [automation].”

The conversation was moderated by White House Chief of Staff Denis McDonough, and addressed what the future of artificial intelligence (AI)  would look like, along with the policies that should follow it.

“It’s this huge collapse of one kind of labor,” said Robin Chase, founder of Zipcar and Buzzcar and a former member of the National Advisory Committee on Innovation & Entrepreneurship at the U.S. Department of Commerce. McDonough noted that jobs that pay less than $20 an hour had an 80 percent probability of automation.

“For the last 100 years we’ve been chasing productivity,” Chase said. “These productivity improvements come without labor.”

Both Ford and Chase agreed that the most likely solution to this inequality would be a universal basic income, enabling people to search out more creative jobs that can’t be automated, while not having to worry about money.

“We need to start thinking about universal basic income,” Chase said. “All of these things that are really valuable to society, that we really gain from, today I can’t even get to do that, because I have to make sure I’m paying my rent and feeding my children.”

“I think, probably, we need two strategies,” Ford said, agreeing that guaranteed income would need to happen eventually, but that in the interim there would have to be strategies to work with society the way it currently is.

Ford and Chase also agreed that increased automation is crucial in many areas.

“In areas like security, I think it will be essential,” Ford said, explaining that artificial intelligence would boost U.S. ability to fend off cyberattacks.

McDonough also brought up the very Terminator-based concern that artificially intelligent machines could pose a danger to humanity as a whole.

“We shouldn’t be worried about that for the near or intermediate future,” cautioned Ford, saying that most AI machines today are designed for very specialized tasks, rather than general intelligence. He did admit that it should be considered, as reputable people such as Stephen Hawking and Elon Musk have warned about the dangerous rise of the machines. “We can’t dismiss it as being silly, just because we’ve seen it in science fiction films.”