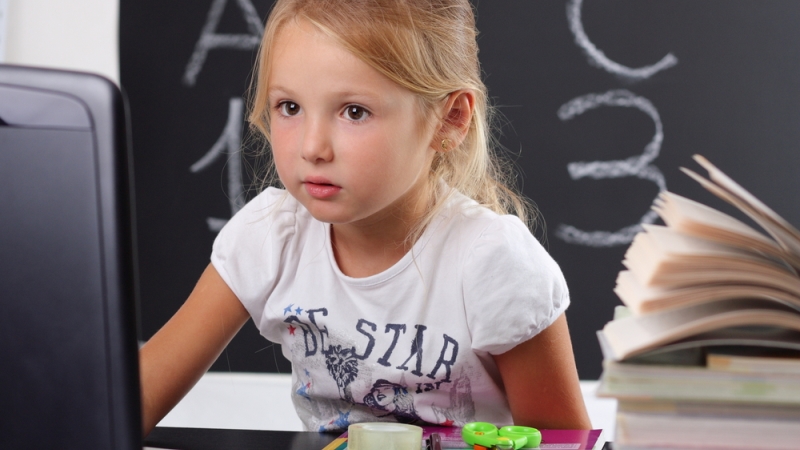 Education technology is no longer a weekly computer class or a game of Oregon Trail on a rainy day. Instead, technology is fully integrated into the classroom.

From schools with a 1:1 laptop policy to Minecraft being used to teach problem solving skills, technology has taken center stage in the classroom. But is this increase in ed tech resulting in students spending too much time in front of screens?

The American Academy of Pediatrics (AAP) recommends that “children and teens should engage with entertainment media for no more than one or two hours per day.” Moreover, the AAP further cautions that children need extensive exposure to nondigital forms of learning and play:

“Unstructured, unplugged playtime is very important for all children and especially very young children,” said Benard Dreyer, the president of the AAP and a professor of pediatrics at New York University.

As tablets and computers become ubiquitous in classrooms and homes, unstructured free play can be crowded out of a child’s schedule. If school time is spent digitally exploring Egypt on a Google Expeditions virtual field trip and home time is spent practicing math skills on a game-driven mobile app, children have less time for make believe or exploring their backyards.

While the argument can be made that much of the technology being used in classrooms shouldn’t be classified as entertainment media, including using Google Docs for collaboration or the Internet for research, gamification of the classroom is increasing.

Computer games such as Minecraft and World of Warcraft have been adapted for classroom use and there has been an onslaught of game-based educational apps. Whether or not this counts as entertainment media is tricky. Yes, these apps and games can be a valuable resource, but Common Sense Media found that tweens log 4½ hours of screen time a day and teens log nearly seven hours a day. Those statistics don’t account for time spent using devices for school or in school.

Later this fall the AAP plans to release updated screen time guidelines; however, a massive revision or reversal of their position is not expected. In an interview with NPR earlier this year David Hill, chairman of the AAP Council on Communications and Media and a member of the AAP Children, Adolescents, and Media Leadership Working Group, discussed the AAP’s new guidelines.

Regarding the upcoming guidelines, Hills said, “I suspect that when they do come out, the statements will be highly conservative, reinforcing much of what we have said in the past about the known effects of electronic media use on child health and development.”

Computer games and mobile apps may be increasing children’s interest in learning and may make getting homework completed an easier task, but the jury is seemingly still out on whether the increased screen exposure is good for children in the long run. It seems unlikely that schools will decrease the amount of technology in the classroom, given the increasing importance on STEM education. However, it is up to parents, teachers, and administrators to make sure that there is a healthy balance between digital learning and more traditional instruction.