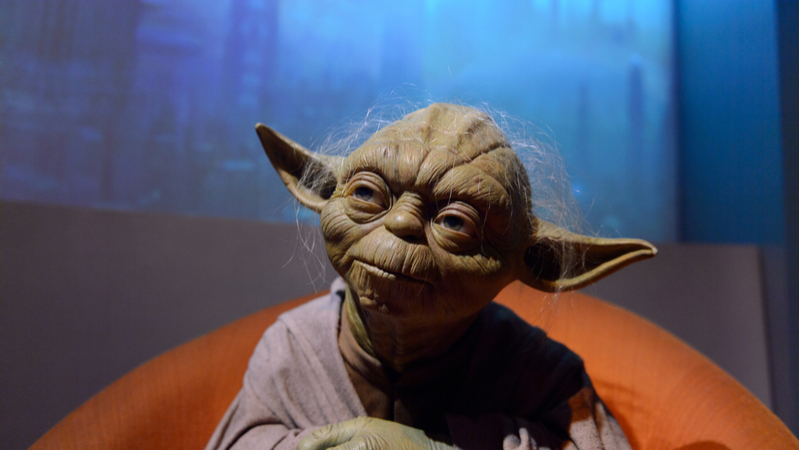 The Department of Defense (DoD) caused a slight disturbance in the Force the other day when it pulled back an announcement related to its cloud computing initiative over some Star Wars-related acronyms. The memo announced the creation of the Central Cloud Computing Program Office, which would go by the acronym C3PO, and would support the Joint Enterprise Defense Infrastructure (JEDI) Cloud, Bloomberg reported. The memo was scrubbed of the Star Wars references and reissued.

Perhaps DoD thought the references were a little too cute, since it did include Deputy Defense Secretary Pat Shanahan saying things like, “C3PO is authorized to obligate funds as necessary in support of the JEDI Cloud.”

C3PO, a “human-cyborg relations” droid from the popular Star Wars movies, has survived three generations of Star Wars action films. But he is not likely to be authorizing anything with regard to the Jedi, a quasi-religious group that uses the Force in the Star Wars universe to ensure peace and justice throughout the Galactic Republic.

But catchy acronyms, often with sci-fi references, are nothing new with DoD, at least in the halls of its research arms. And they’re often an improvement over the usual clusters of consonants that abound within the department, since they are at least easy to remember.

Memorability is important, particularly to research organizations that are trying to sell their ideas to Congress to obtain funding or to the public for support.

Sometimes the name and the acronym naturally work together, like “radar” for radio detection and ranging or “scuba” for self-contained underwater breathing apparatus, which eventually became lower-case parts of everyday language. But often, researchers have to get creative, resorting to “backronyms,” where the acronym comes first and the actual name is contrived to fit it.

That’s how Robert Finklestein, president of Robotic Technology, came up with the name for a robotic machine that consumes vegetation for energy. Writing down all the words that applied to how the machine operated and looking at their first letters produced EATR, for Energetically Autonomous Tactical Robot, he told Popular Science in 2011.

Along those lines, DARPA-funded projects have come up with names such as MAHEM, for Magneto Hydrodynamic Explosive Munition; VAPR for Vanishing Programmable Resources; ALIAS, for Aircrew Labor In-Cockpit Automation System; BaTMAN and RoBIN, Biochronicity and Temporal Mechanisms Arising in Nature, and Robustness of Biologically-Inspired Networks; and, PREEMPT, for Preventing Emerging Pathogenic Threats, a backronym that was only recently created.

Expanding those names into the Star Wars or Star Trek universes wouldn’t be much of a reach. DEKA Innovative Solutions, which developed a responsive prosthetic arm as part of a DARPA project, nicknamed the arm Luke after Luke Skywalker. And, in fact, although the cited JEDI Cloud dates to September, there already is a JEDI within DoD, the Joint Enterprise Data Interoperability program, put forth by the Joint Staff to enable bidirectional data exchanges.

In pulling the Star Wars-laden release, perhaps DoD just thought the references were a little to lighthearted for its cloud adoption plan, which involves billions of dollars and has raised concerns over the possibility of a single-vendor approach.

No matter the reason, it turns out that even DoD, where acronyms breed like Tribbles, apparently has its limits.